February is Black History Month. For Colorado Music Hall of Fame this is a time for celebrating not only the successes of today’s black artists but also a time to reflect on the incredible struggle, sacrifice, and triumphs of the those who came before them, laying the foundation for today’s music landscape.

Among the Colorado Music Hall of Fame inductees is groundbreaking artist Charles Burrell. Known as the “Jackie Robinson of music,” Burrell became the first black musician to be hired under contract with a major American symphony, the Colorado Symphony, in 1949. Here, his dexterity on bass as both a classical and jazz musician garnered him notoriety far beyond the borders of Colorado. After leaving the Colorado Symphony, Burrell continued to make a name for himself as a founder of the Five Points Jazz movement. The famous bassist developed a habit of passing his musical prowess onto various other family members including his cousin, George Duke, and his niece, Grammy award-winning jazz vocalist and fellow Hall of Fame inductee, Dianne Reeves.

Dianne Reeves, a Colorado native from the age of two, began developing her signature style among the musically rich environment of her family. Her talent as an artist allowed her a diverse repertoire that seamlessly blended Jazz, Pop, R&B, Gospel, and African folk. Her genre spanning talent led her to Los Angeles where her preceding reputation promptly lifted her to the top of the charts. In her ongoing career, Reeves has been awarded two honorary doctorates, six Grammys, and has been recognized by the NME as a Jazz Master.

Earth, Wind and Fire began its exponential journey to fame in the early 70’s, bringing funk and R&B to the forefront of American music, consequently breaking down racial barriers and ultimately changing the landscape of the music industry forever. Lead singer Philip Bailey’s vocal arsenal was essential to this success. His talent as a vocalist and gifted songwriter led the group to seven Grammy-winning nominations. His talent gave him ample foundation to gain success in a solo career beginning in the early 80’s. His array of talents was honored further in 2008 when Berklee College of Music awarded him an honorary doctorate.

Saxophonist Andrew Woolfolk kicked off his career in 1973 when his instrumental prowess secured his spot alongside fellow bandmates and inductees, Larry Dunn and Philip Bailey, in Earth, Wind, and Fire. Throughout his career, Woolfolk has been a part of many Grammy nominated collaborations and has played alongside everyone from Phil Collins to Deniece Williams.

Larry Dunn, performing from the age of 11, was discovered by Philip Bailey in a L.A. night club just a few years later. Dunn quickly found success as the keyboardist for Earth, Wind, and Fire. While continuing his work with the group, he was also a well-known collaborator. Dunn worked with various other artists such as Deniece Williams and The Emotions. His passionfor collaboration would help launch a solo career that would lead him down many successful paths as a composer and producer at his production company, Source Productions.

The Southwest funk scene should not be discussed without a mention of Freddi “Love” Gowdy and Marvin “Henchi” Graves. Together, Freddi and Henchi stoked the soul-funk genre and music scene. Their work as the band Freddi Henchi and the Soulsetters earned them the title of “Crown Princes of Funk.” The group was known for their funky beats and enigmatic choreography. They became particularly popular across college campuses for their party atmosphere. Their reputation for a good time led to the success of their club Good Earth, which opened in Boulder and fortified their presence on the music scene.

Denver native and multi-talented performer, Walter “Walt” Conley, was fundamental in establishing the folk music scene in the southwest. Early in his career, he shared stages with the likes of Judy Collins and The Harlin Trio. His success would lead him far outside of Denver’s city limits –from L.A. to New York where he stretched his talents beyond music, making a name for himself as a film and voice actor. Conley returned to Denver where he opened a folk music venue called Conley’s Nostalgia. On November 16, 2003 Conley passed away in Denver at the age of 73. His legacy is carried on in the hearts and minds of all true folk lovers, and he is annually celebrated during the Colorado WaltFest.

American Blues singer Otis Taylor has been carving out space for himself in the American Blues scene since the early 1970’s. Taylor, drawing inspiration from the diverse culture of the various 1920’s blues scenes, is a breath of fresh air with old school style. His exceptional talent led him to be featured in the inaugural exhibition of the Smithsonian’s National Museum of African American History and Culture and to 12 Blues Music Award nominations. Today, Taylor continues to produce music that transcends time, place and audience. His last ten albums have featured a wide variety of talented musicians, including fellow inductee, Ron Miles.

University of Denver alumna, Ron Miles, has made his mark in the contemporary jazz scene as one of the most gifted melodists and cornet players of this era. Throughout his career, Miles has worked with many talented musicians such as Fred Hess and renowned composer Mercer Ellington. His improvisational talent and compositional expertise have most recently been produced under the legendary Blue Note Records label.

These men and women have laid, and continue to lay, the foundation for a creative industry that is more diverse and culturally abundant. Their talents and works deserve to be recognized not only in the month of February but throughout the year, every year. They have each individually and collectively molded today’s music far beyond the genres they call home. Colorado Music Hall of Fame is proud to honor these nine talented musicians as inductees and share their stories with the world. 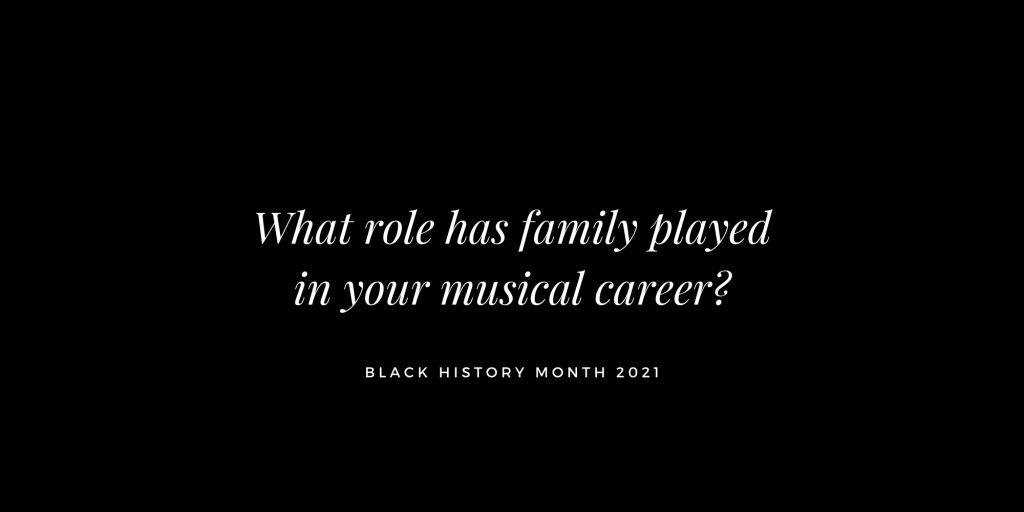 Quotes from our Inductees

“My mom, dad, sisters and brother are my closest friends. They have turned me on to so much of the music I hold closest to my heart. I can remember us driving and listening to AM radio. Hearing my folks tell me about Wes Montgomery, Miles Davis, Ellington, Monk, Ella, Billie. And my younger siblings hipping me to Prince, The Bee Gees, hip hop. Them tolerating and supporting me practicing all hours of the day, taking me to concerts and lessons. One memory is I challenged a kid in junior high to move up in the trumpet section. My sister Shari was in the clarinet section. I started out with a huge clam, but I looked over and saw her — and she gave me a look that said ‘you can do this’. I regrouped and shocked the whole room (except for her).  I won and can still see her face as I walked up from last chair to first. I actually lost a week later, but I was convinced I could figure this thing out. God and family have been the constants through this journey.”

“My family’s past has had an enormous influence on my music. Both of my parents were part of the Great Migration of Black people from the south to northern cities. My mother’s family traveled from Louisiana to Chicago, and my father traveled from Memphis to Chicago, in the 1930s. Most of the Black people settled on the South Side of Chicago, and my parents joined this community. My father became a Pullman porter, a prestigious job for a Black man in those times. The Pullman porters helped to deliver the Black-owned Chicago Defender newspaper to southern cities, and it fueled the migration.

My parents met and married in Chicago. I was born on the South Side in 1948. In the 1950s, after my uncle was shot and killed during a crap (dice) game, my mother moved the family to Denver where she had friends and relatives. She felt it was a safer place for us. Moving to Denver became a pivotal event in my life.

My parents were social and had parties and played jazz records all the time. However, my coming of age coincided with the counterculture movement, and I was drawn to the people and the music of the times. I found my second home at the Denver Folklore Center and learned to play folk and acoustic blues songs from musicians there. It was a bit rebellious on my part to be a folkie and a hippie and not a sophisticated jazz fan.

Later, when I wrote my own songs, I drew on many of my family stories and struggles including my father’s job on the railroad, lynching, racism, violence, civil rights history, and social justice.

It’s important to me that I have shared my family’s history and my musical career with my own family– my wife of 35 years and our two daughters. My daughter Cassie has played on many of my records and toured for years with my band as a bass player and singer. She is also a songwriter who has drawn on these same topics. My younger daughter, Jae, has traveled with me as well, and, as the academic one in our family, she has been inspired to read and study about Black history, music, and literature.”