The Photos of George Kealiher, JR.

Over 60 never-before-seen photos of Elvis Presley, Patsy Cline, Roy Orbison, Johnny Cash and more are on view in “Backstage Past: The Photos of George Kealiher, Jr.”

Kealiher spent his youth working at the Rainbow Ballroom near 5th & Lincoln in Denver, one of the best known dance halls west of the Mississippi from its opening in 1933 to its closing in 1961. His relationship with the Rainbow management allowed him—and his camera—backstage when they booked national acts at the newly constructed Denver Coliseum, which started operation in 1952. Before passing away in January 2016, Kealiher bequeathed a shoebox filled with photos to his volunteer caregivers, John and Lisa Ferreira, who donated the collection of snapshots to the Colorado Music Hall of Fame. 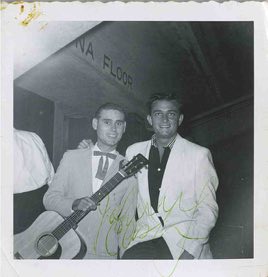 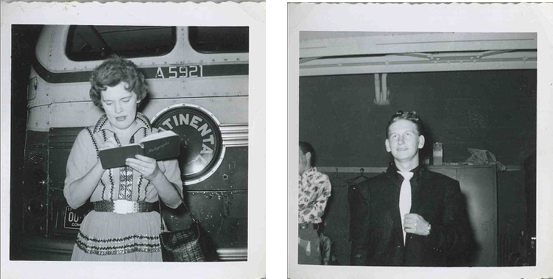 Spearheaded by a young Elvis Presley, country music transitioned to rockabilly between 1956 and 1958. National acts booked into the Denver Coliseum mirrored this trend, as performers from the Louisiana Hayride, the Grand Ole Opry and Ozark Jubilee showcased their talents in the Mile High City.

In 1956, after two years of recording blues and country songs in a small Memphis studio and playing backwater Southern towns, Presley exploded onto the American entertainment scene. The newly crowned “king of rock ‘n’ roll” performed in every region of the United States, including some—such as the Rocky Mountain states—which had never witnessed live rock ‘n’ roll. On April 8 in his breakout year, Presley played two shows at the Denver Coliseum, getting $4,000 for the gig.