A closer look at the inductees, the seventh group enshrined in the CMHOF since its inception in 2011: 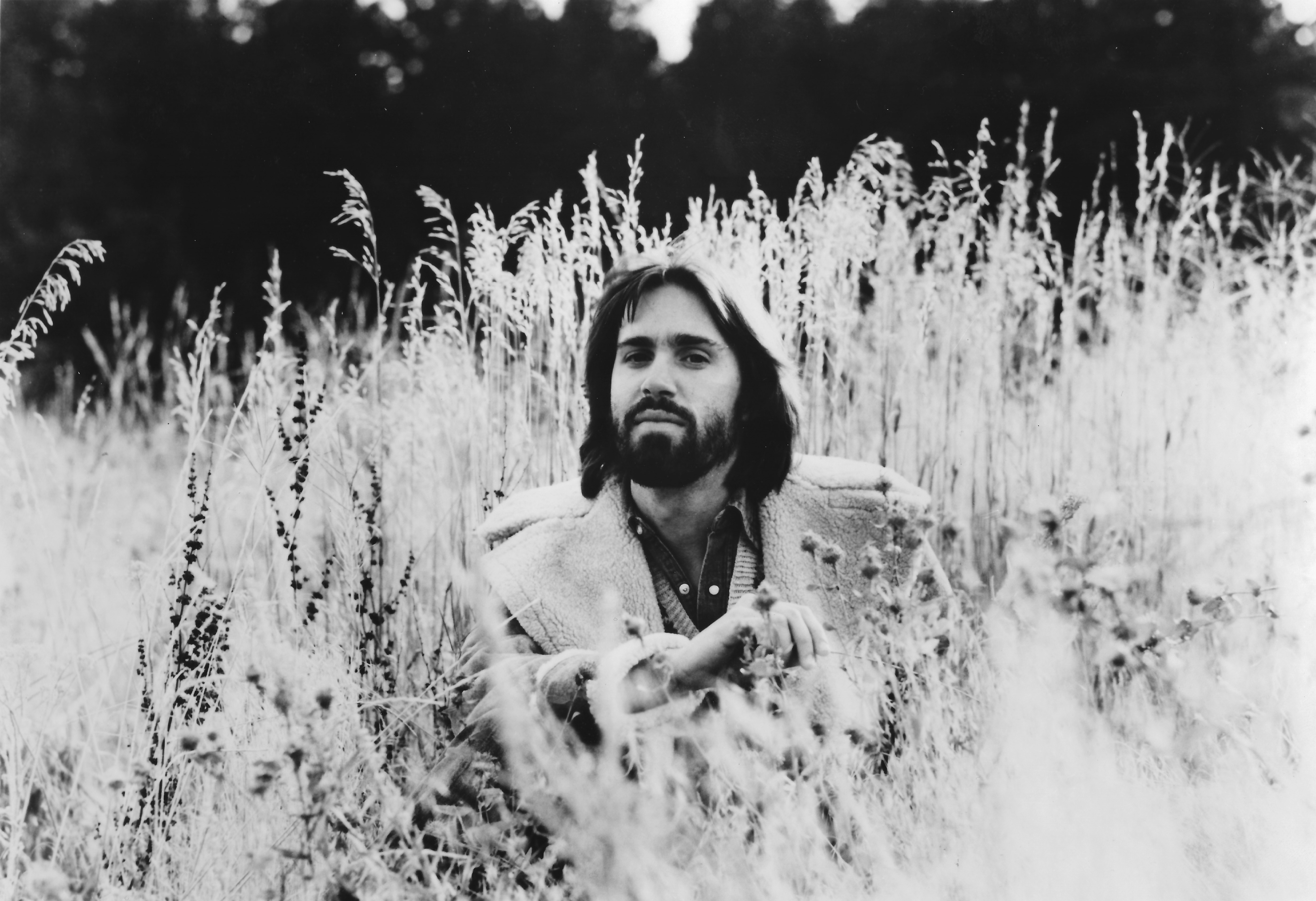 The son of Lawrence, a bandleader, and Margaret, a pianist, Fogelberg left his studies at the University of Illinois and headed for the West Coast, finding inspiration during a week in Colorado before moving on and securing a recording contract. For his second release, Souvenirs, Fogelberg enlisted producer Joe Walsh, who had recently recorded at Caribou Ranch near Nederland, Colorado, and “Part of the Plan” went to the top of the charts. While touring through Colorado in the mid-1970s, Fogelberg bought a house from Chris Hillman, situated 9,000 feet up on top of the Rocky Mountains. His time there resulted in the songs on Nether Lands, a platinum seller. He recorded part of his next venture, Phoenix, in Colorado, and the songs “Heart Hotels” and “Longer” were pop hits. The Innocent Age, released in 1981, included four of his biggest singles—“Same Old Lang Syne,” “Hard To Say,” “Leader of the Band” and “Run For the Roses.“ Fogelberg bought land in the San Juan Mountains and constructed his Mountain Bird Ranch. High Country Snows, made with some of his favorite acoustic pickers, became one of the best-selling bluegrass albums of all time. He built a home studio at his spread; The Wild Places, released in 1990, was the first album he self-produced and mostly tracked there. His rendition of the Cascades’ 1963 hit, “Rhythm of the Rain,” peaked at No. 3 on the adult contemporary chart. Fogelberg’s long career was interrupted in 2004, when he was diagnosed with advanced prostate cancer. He finally succumbed to the disease in December 2007. 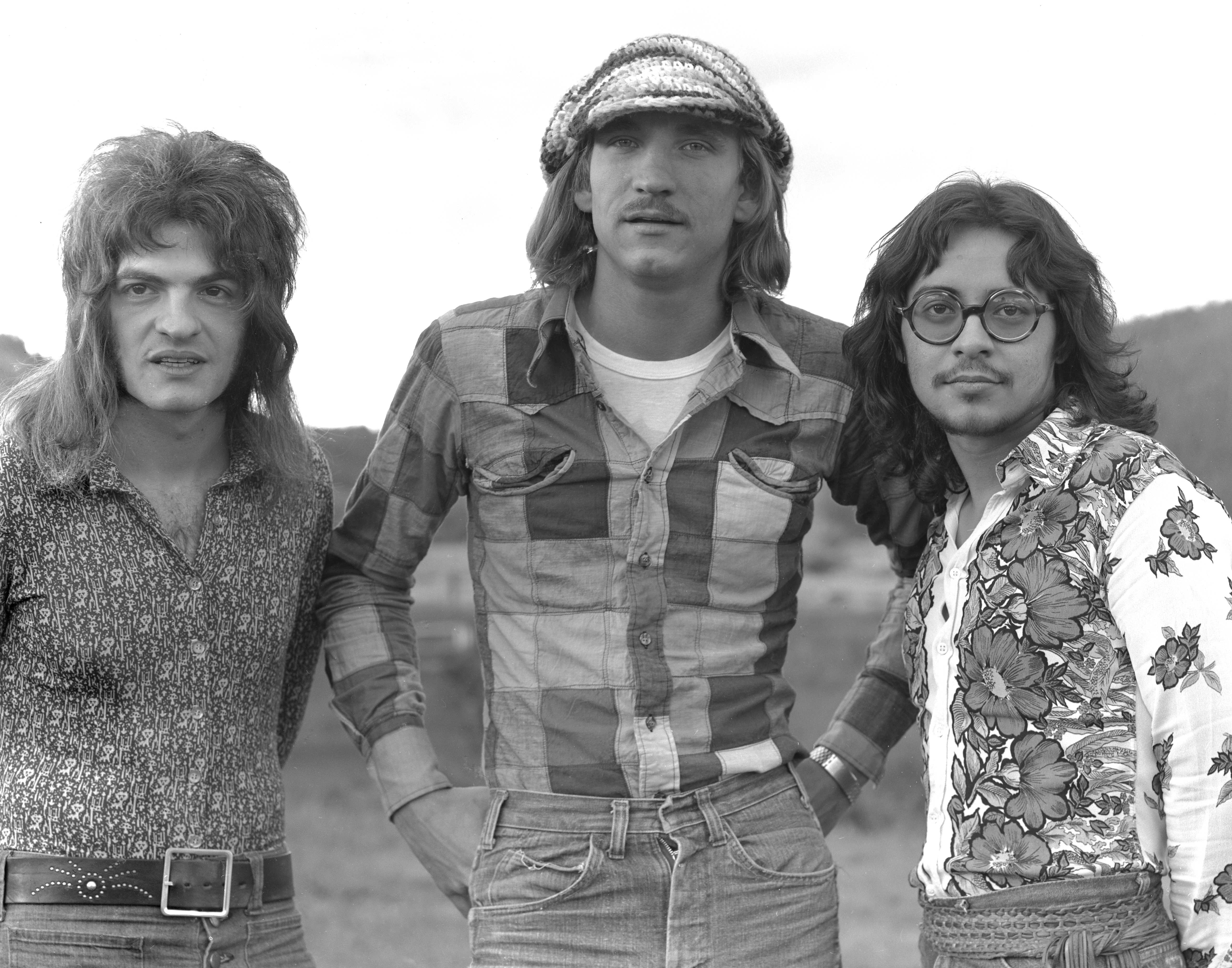 Joe Walsh built a considerable reputation as lead guitarist and lead vocalist for the Cleveland-based James Gang. Such tunes as “Funk #49, “Tend My Garden,” “Walk Away” and “The Bomber” brought wide popularity and endless touring, and, as the big bucks beckoned, Walsh turned the other way. In 1971, encouraged by his friend and producer Bill Szymczyk, Walsh made the difficult decision to relocate to the open air of Colorado’s Boulder County. He formed a new group called Barnstorm with drummer Joe Vitale, a former Kent State classmate, and Colorado bassist Kenny Passarelli. Barnstorm was the first album ever recorded at the legendary Caribou Ranch studio near Nederland. Walsh freely indulged himself with beautiful choruses, country tinges and pastoral pop hooks on “Mother Says,” “Here We Go” and “Turn to Stone.” Accompanied once again by Passarelli and Vitale, Walsh officially went solo the following year with his second album, The Smoker You Drink, The Player You Get. The first Top 10 album of Walsh’s career, it went on to sell more than a million copies. “Rocky Mountain Way,” co-written by Passarelli and inspired by Walsh’s move to Colorado, opened up a massive audience for Walsh and his band. Barnstorm disbanded amicably in 1975, allowing Walsh to produce Dan Fogelberg’s Souvenirs album. So What, his third solo album, included “Welcome to the Club” and a remake of “Turn to Stone.” At the end of 1975, the Eagles drafted their old friend to join them; Walsh’s tenure with the popular West Coast country-rock quintet gave him enhanced visibility, and he continued his pattern of successful solo albums. 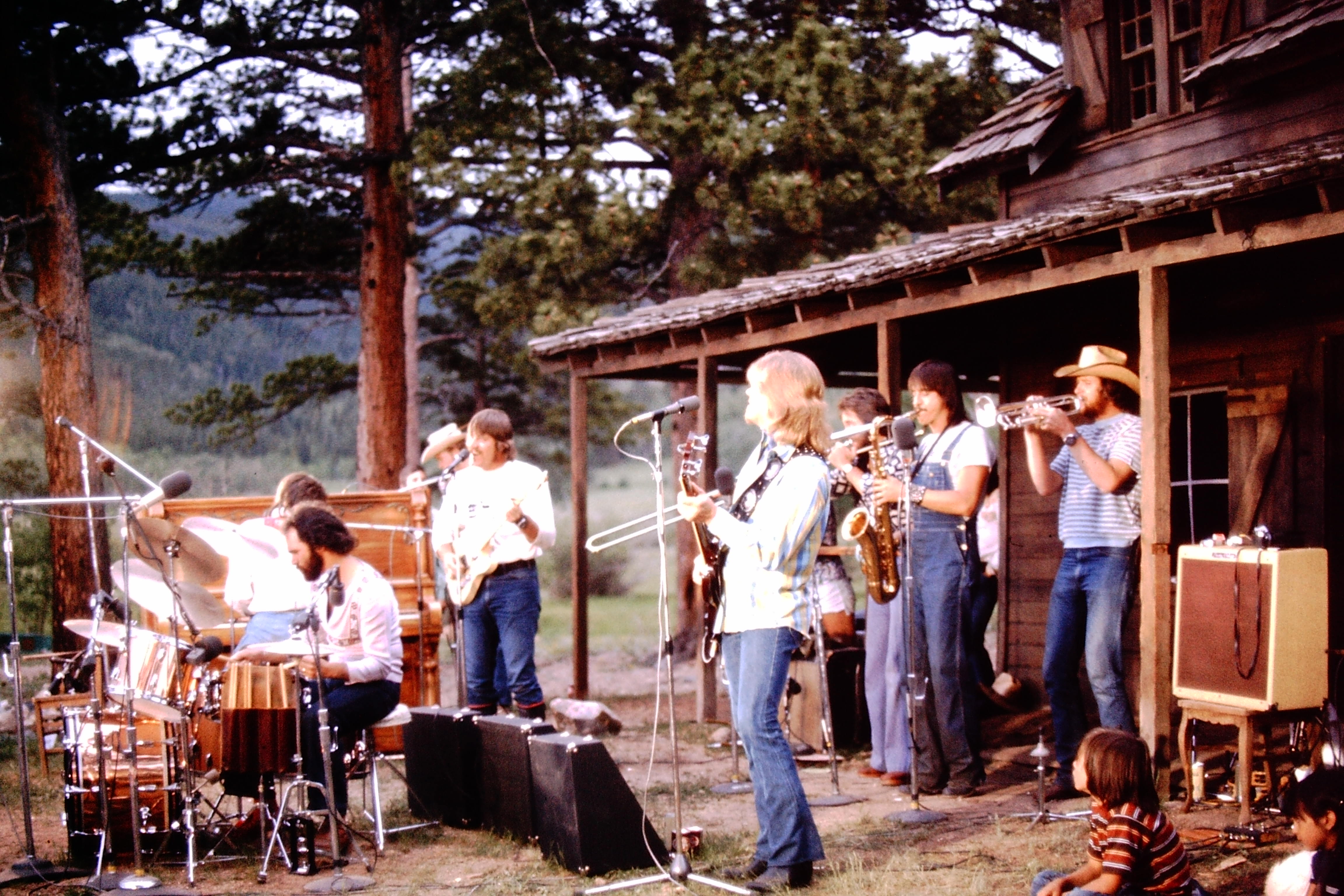 Owner James William Guercio got his start producing a string of hits for the Buckinghams circa 1967; he became a staff producer for Columbia Records and began working with Chicago and Blood, Sweat & Tears. Through five albums with Chicago, he gathered up enough money to buy Caribou Ranch for a reported $1 million in 1971. Caribou, in its idyllic setting nearly 9,000 feet up near Nederland in the Rocky Mountains, had been the largest privately owned an Arabian stud farm in the country. Guercio installed the studio in 1973 and then transformed the place into an opulent retreat for pop music’s aristocracy. Caribou Ranch, the first “destination studio,” gained prominence when Elton John recorded three albums there, including the gratefully titled Caribou in the spring of 1974. The life-in-the-fast-lane ambiance that usually accompanied a recording session disappeared at Caribou. There wasn’t a nightclub down the street, and artists didn’t have to send for food or commute back and forth from a hotel or even worry about the laundry. During the studio’s glory days, an entourage got full use of the facilities for a basic rate of $1,500 a day, and record companies were only too willing to shell out the money during their boom years. Throughout the 1970s and early 1980s, Caribou Ranch hosted the biggest names in music, including such legends as Chicago, the Beach Boys, Stephen Stills, Billy Joel, Frank Zappa, John Lennon, Michael Jackson and Earth, Wind & Fire. The studio was in operation until the control room suffered extensive fire damage in March 1985. 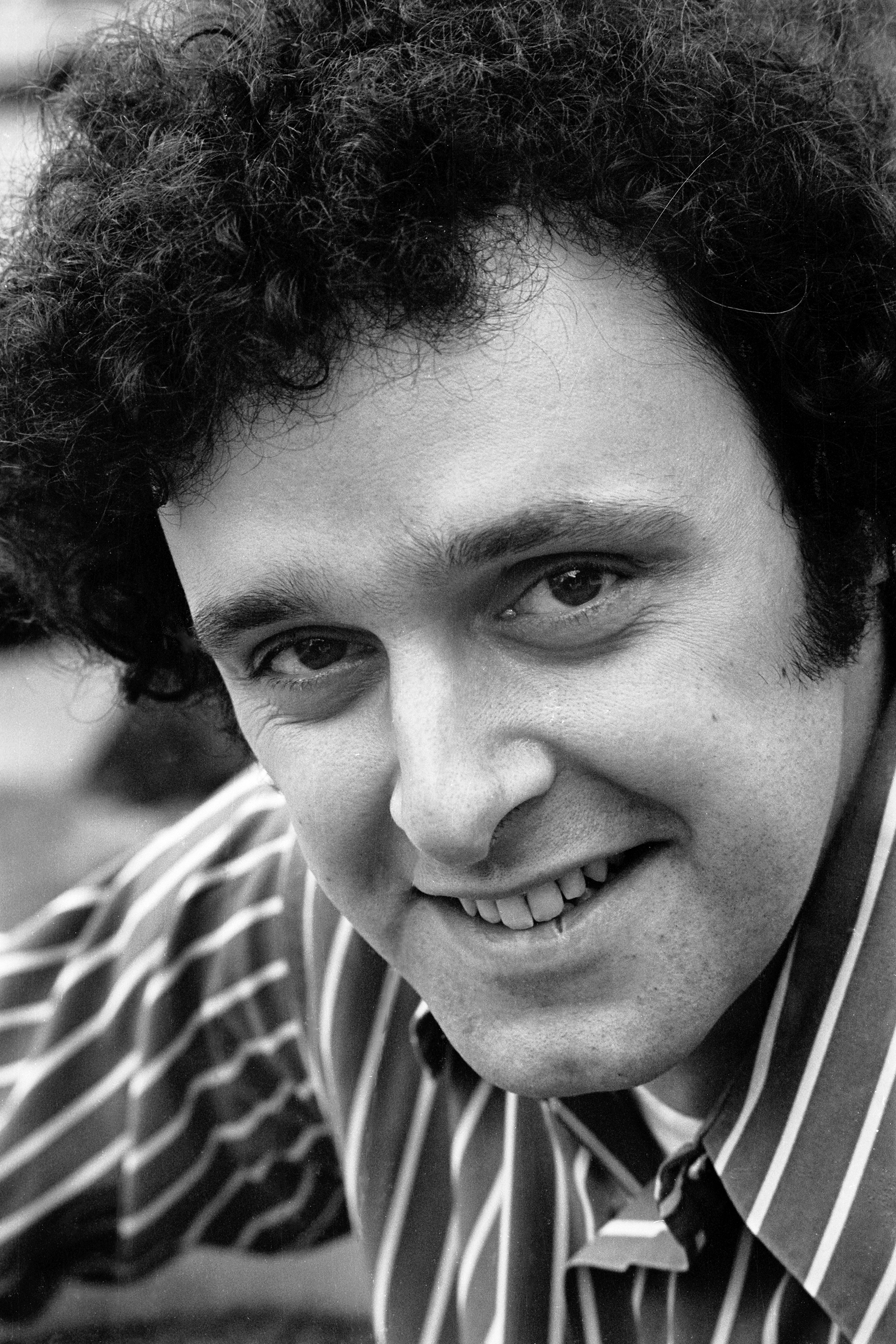 Famed music producer Bill Szymczyk’s first major success came when he convinced blues legend B.B. King to cut contemporary-sounding albums; the result was King’s first major pop crossover, “The Thrill Is Gone,” a hit in 1970. Szymczyk then signed and produced the James Gang, featuring Joe Walsh. He came to Colorado in 1971 and worked as a disc jockey for free-form radio station KFML and was a co-founder of Denver’s Tumbleweed Records, a small independent label based out of a funky old house just east of downtown Denver on Gilpin Street; the label folded in 1973. Szymczyk went on to have great success in the 1970s, both as an A&R man and behind the board, regarded for his great success working with Joe Walsh. When the Eagles wanted a more rock ‘n’ roll sound, they hired Szymczyk, and the unprecedented chart success of the 1974 On the Border and 1975 One of These Nights albums made both parties millions.