The youngest of four children, Elizabeth Spencer was born Elizabeth Dickerson on April 12, 1871; her father died eight months later. In 1874, her mother remarried to Colonel William Gilpin, who had served as the first governor of the Territory of Colorado in 1861. The family moved to Denver. Spencer received vocal training and learned to sing, recite stories and poetry and play piano and violin. She graduated from St. Mary’s Academy in Englewood, Colorado and, after an extensive European tour, married Otis Spencer, an attorney. A recognized society woman, Spencer sang in churches, concerts, clubs, parties and amateur theatricals.

She got her big break in 1905, performing a successful solo act at the local Orpheum Theater, her professional debut in a major vaudeville house. Her second engagement, a one-act sketch, displayed her acting abilities and the experience led to roles in Broadway road companies. By 1910 she was residing in New York City and making her first recordings. Signing an exclusive contract with inventor and businessman Thomas Edison’s company, Spencer’s “dramatic soprano” was heard on numerous studio recordings, participating in solos, duets, trios, quartets and choruses. One of these groups was known as the Homestead Trio which consisted of Spencer and two other female vocalists, Amy Ellerman and Betsy Lane Shepherd.

Having made only phonograph cylinders, Edison decided to add a disc format to his product line in order to compete with such rivals as the thriving Victor Talking Machine Company. The majority of Spencer’s best work was on the Diamond Disc, which reproduced the quality of her singing with greater accuracy. Edison regarded Spencer as his “favorite soprano,” and chose her to give public Tone Test demonstrations, during which she would sing at the same level with the phonograph, the lights would dim, and audience members had to guess when she stopped singing and the phonograph took over.

The Edison studio cash books document Spencer in approximately 661 sessions by the time her commitment expired in 1916, more than any other vocalist. The next year, Spencer signed an exclusive contract with Victor as a member of the Victor Light Opera Company, also known as the Trinity Choir, whose members were constantly changing but included Elsie Baker, Marguerite Dunlap and Harry Macdonough just to name a few.

Artists who recorded under Victor received no label credit for their work. After Victor, Spencer recorded with the Metropolitan Quartet, but, by 1921, she was back at Edison but with her session schedule slowing considerably. Diamond Discs were more expensive than, and incompatible with, other brands of records, ultimately failing in the marketplace; Edison closed the record division a day before the 1929 stock market crash. Spencer died in 1930, ten days after her 59th birthday. 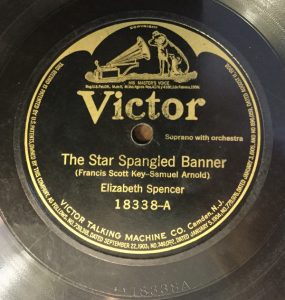 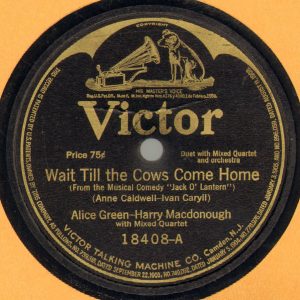 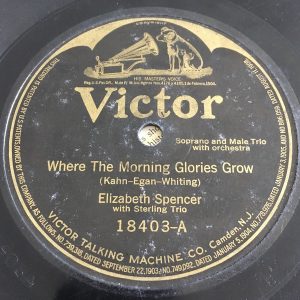 1917 – Where the Morning Glories Grow 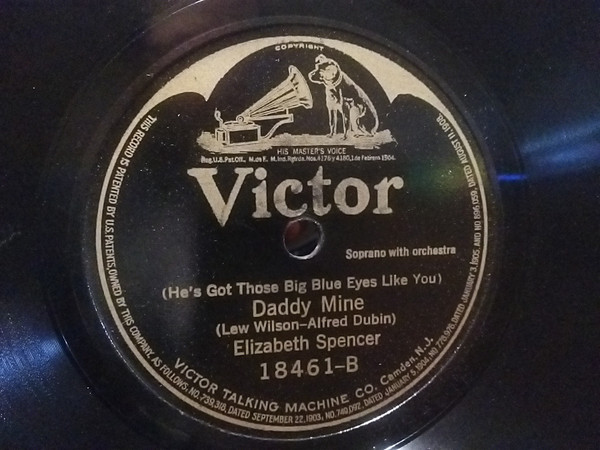 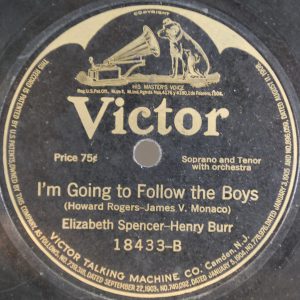 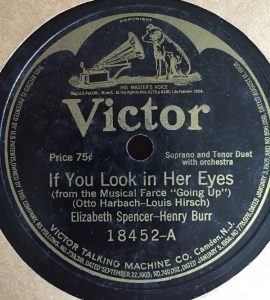 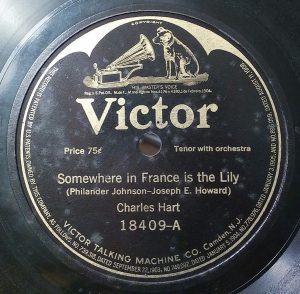 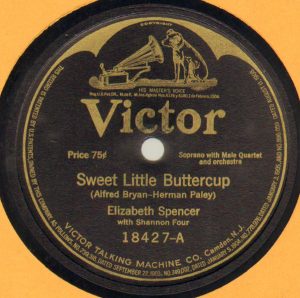 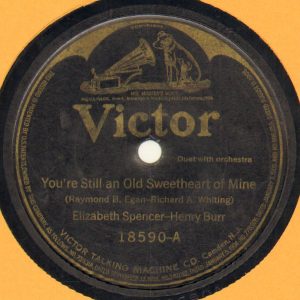 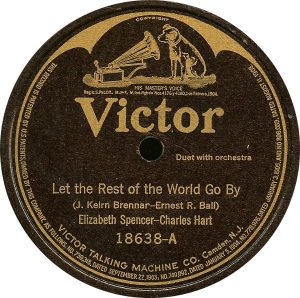 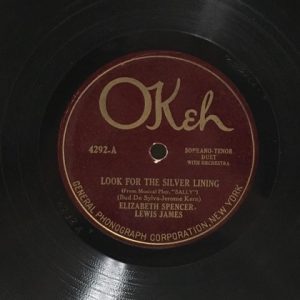 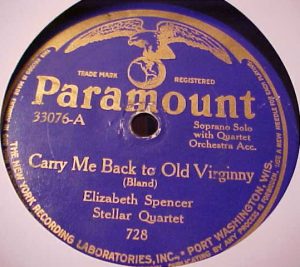 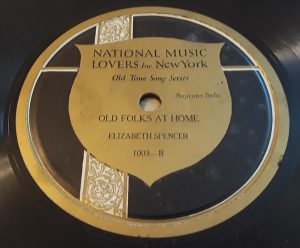 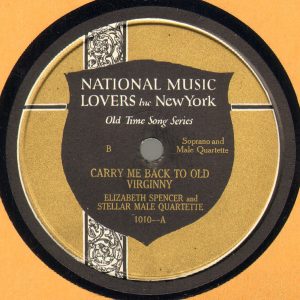 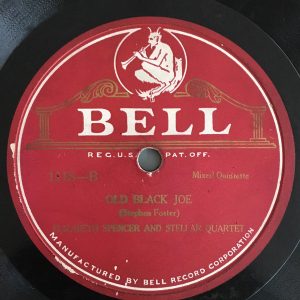