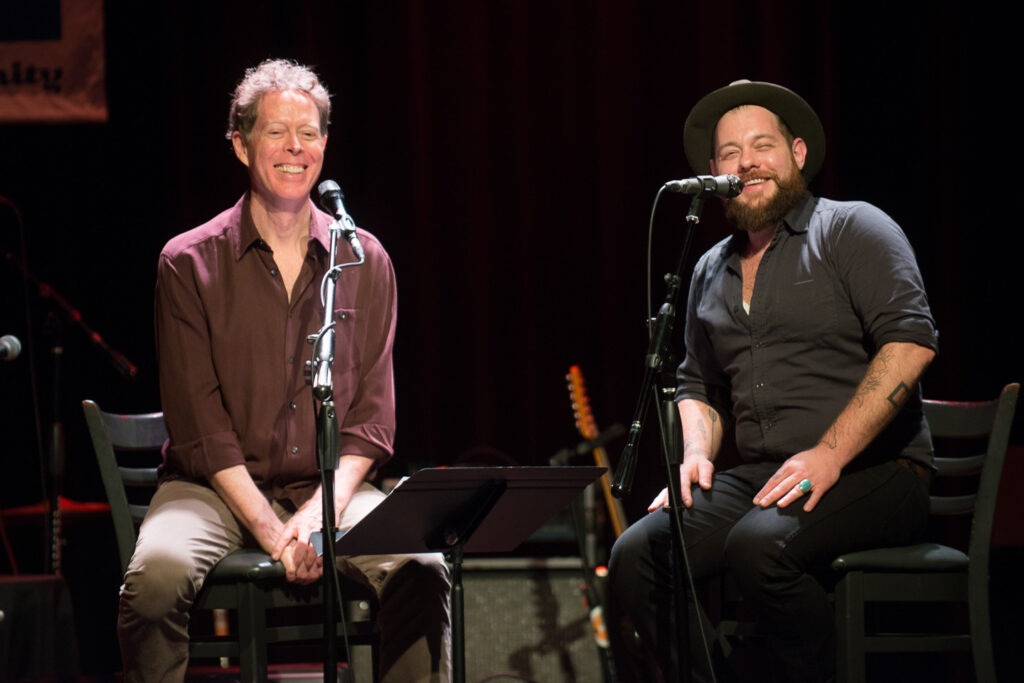 Founded by Nick and Helen Forster in 1991, eTown is a live, music-based radio show recorded in front of an audience but with a new twist: every show included conversation or information about social and environmental issues. Launched on Earth Day 1991 (just a month before their wedding day), eTown quickly grew into a nationally syndicated radio program through NPR. The resulting mix of live music and commentary surrounding climate change, community and sustainability forever changed what was thought possible in broadcasting.

Music ran deep in the Forsters’ DNA. Nick began his career in Colorado at the Denver Folklore Center repairing guitars. There he met his future bandmates in Hot Rize, the award-winning bluegrass band that he’s been a part of for more than 40 years.  Helen got her start in Telluride where she was an actor, singer and one of the early partners in the Telluride Bluegrass Festival.

Because of their experience and connections, eTown got off to a strong start. In their first season, artists like Shawn Colvin, The Fairfield Four, Lyle Lovett and James Taylor all made their way to Boulder to record eTown shows. eTown went off the air briefly in 1992 but came back six months later and has been expanding their audience ever since.

The Forsters had produced most of their shows at the Boulder Theater with a few presented at other venues around Colorado and across the country. In 2008, eTown found a new home in a nearly century-old Boulder church at 1535 Spruce Street. Over the next four years, donations, grants and fundraisers brought in enough money to support the extensive renovations eTown had planned. Their new home, eTown Hall, opened in 2012 as a 17,000 square-foot, solar-powered, zero-carbon, live music venue and recording facility unlike any other around the globe. Colorado bands like Big Head Todd and the Monsters, Yonder Mountain String Band, Elephant Revival and Hot Rize have all recorded albums at the eTown Hall studio.

Today, eTown continues to aim for diversity in its musical guests knowing that part of the show’s mission is to make connections across cultures through music. That means inviting top-tier musicians from different genres: Americana, Blues, Celtic, Cajun, Bluegrass, Afro-Cuban and more. At the end of each show, the two musical guests play a song together. This finale, arranged and rehearsed right before showtime, is one of the highlights of every show because of the unusual pairings, song selection and the joy of watching something come together live. 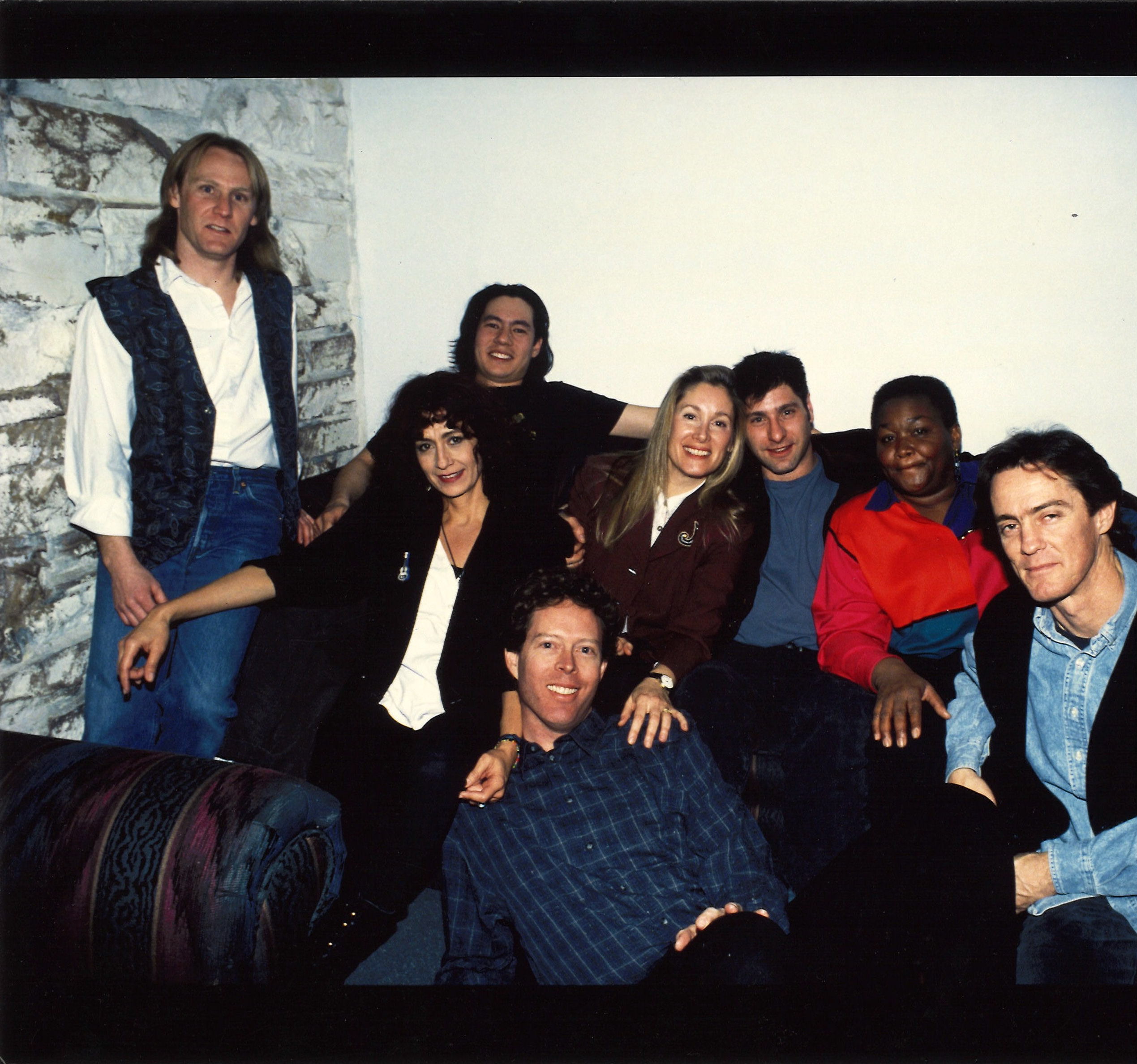 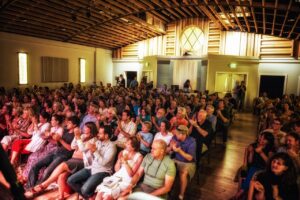 Visiting musicians often come out solo for an eTown taping knowing that the house band, the eTones, will show up ready to play, having learned their songs. The eTones — consisting of Nick on guitar, Helen on vocals, bassist Chris Engleman, drummer Christian Teele and pianist Ron Jolly – are able to serve the songs and deliver them with feeling to a discerning audience – both live and on the air. The list of performers who’ve played with the band is long, but it includes legends like Mavis (and even Pops) Staples, James Taylor, Joan Baez, Jack Johnson, Buddy Guy and hundreds more.

Each eTown episode includes live performances and spoken segments, including the show’s famous eChievement Award, which recognizes regular people who selflessly address issues in their community — from cleaning up towns to feeding the hungry. Celebrity guests, such as President Jimmy Carter and Dr. Jane Goodall, have also appeared on the show to talk about their community work.

eTown is a Colorado treasure, a calming voice in troubled times heard around the world. We’re proud to include them in our list of inductees to the Colorado Music Hall of Fame. 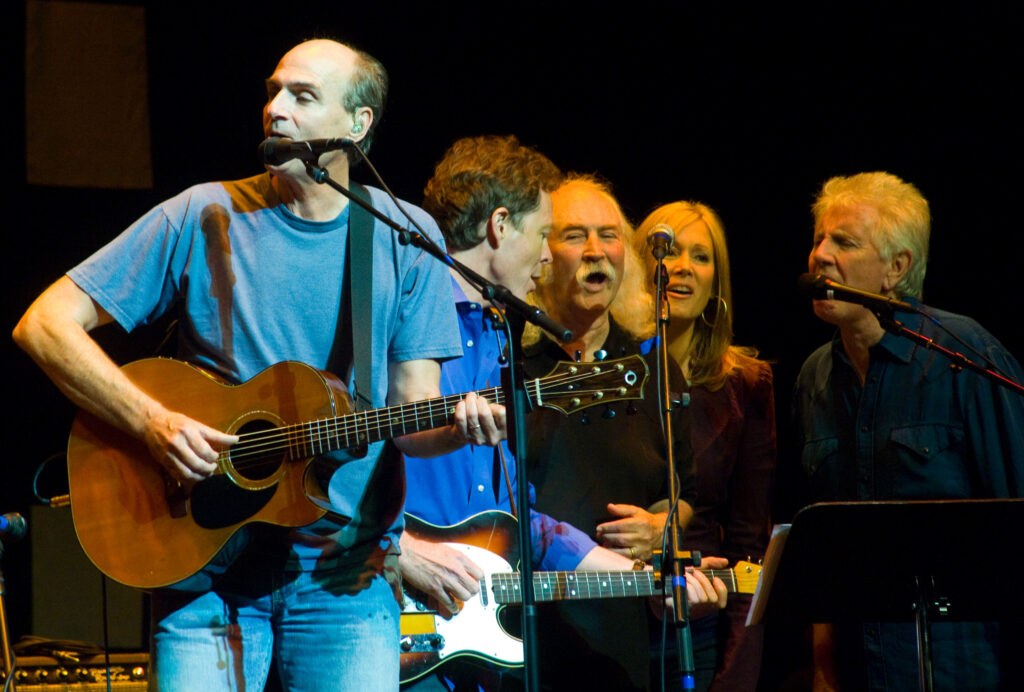 Photos from top of page to bottom: