John Denver (born Henry John Deutschendorf Jr. in 1943) received his first major break during an audition for the popular Chad Mitchell Trio. He began writing songs when he was chosen as the group’s new lead singer from over 250 other hopefuls. Meanwhile, other performers were discovering his talents.

In 1969, Peter, Paul and Mary, the most popular folk group of that decade, had their first and only No. 1 hit with a cover of Denver’s “Leaving on a Jet Plane.”

Less than two years later, Denver was zooming up the pop charts with “Take Me Home, Country Roads,” the first of many hits. He insinuated himself into the public’s consciousness with “Rocky Mountain High,” “Sunshine on My Shoulders,” “Annie’s Song,” “Back Home Again” and “Thank God I’m a Country Boy.”

The strength of Denver’s popularity was measured in record sales that few other artists have achieved, including eight platinum albums in the U.S. alone. John Denver’s Greatest Hits is still the biggest-selling album in the history of RCA Records. A cheerfully optimistic image marked Denver’s 1970s heyday, when he became one of the five top-selling recording artists in the history of the music industry.

Denver starred alongside celebrities as diverse as opera singer Beverly Sills, violinist Itzhak Perlman and flutist James Galway. Frank Sinatra was the “Friend” in Denver’s John Denver and Friend television special, and their co-billing at Harrah’s Tahoe was one of the most sought-after tickets in the casino hotel’s history. Denver and Placido Domingo recorded Denver’s “Perhaps Love” as a duet, earning the Spanish tenor considerable recognition outside of the opera world.

John Denver used his popularity to promote his favorite cause: the environment.

His concern spurred him to found the Windstar Foundation in 1976 as an education and demonstration center dedicated to the creation of a sustainable future. Many of his songs incorporated environmental themes. He was known for his close friendship with Jacques Cousteau, the most famous undersea explorer of the 20th century, and he wrote “Calypso” in 1975 as a tribute to Cousteau and his research boat of the same name that sailed around the world for oceanic conservation. Denver also demonstrated his enthusiasm for the environment with Plant-It 2000, a plan he created to urge people all over the world to plant as many trees as possible by the year 2000. Nearly 100,000 trees were planted in its first year of operation.

Denver took his music beyond American shores, traveling to mainland China (where he was the first Western artist to do a multi-city tour) and the Soviet Union (the first time an artist had been invited to give public performances since the country’s cultural-exchange agreement expired in 1980), as well as Europe, the Far East, Australia, New Zealand and Latin America. 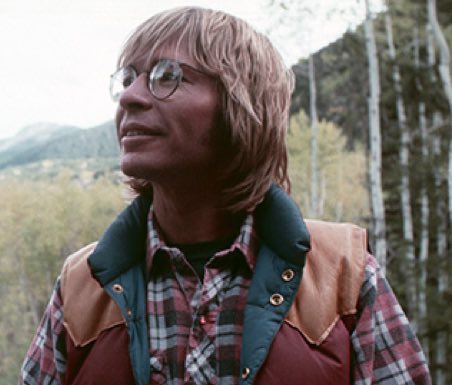 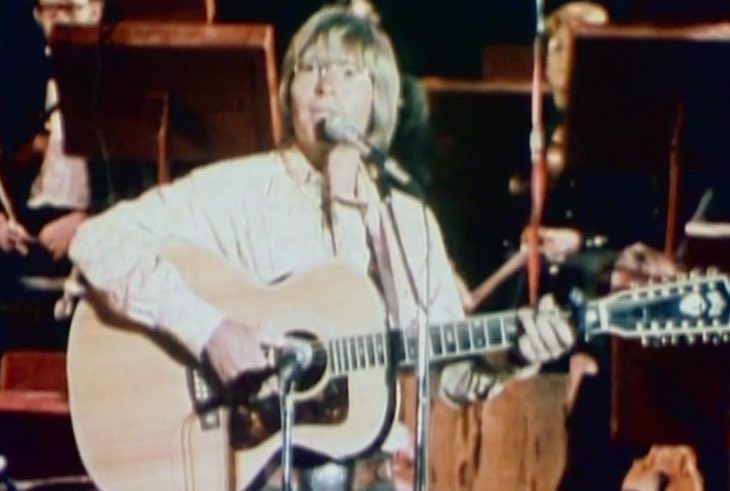 His charitable activities encompassed a trip to Africa to publicize the food crisis there and act as spokesman for UNICEF’s fundraising drive. As one way to relax, Denver was a photography buff for three decades, and was especially active in shooting people and places during his many tours around the country and abroad.

When Denver guest-starred on The Muppet Show, it was the beginning of a lifelong friendship between him and Jim Henson that spawned two television specials with the Muppets ensemble; A Christmas Together and Rocky Mountain Holiday are considered classics. Denver’s movie debut in the comedy Oh God! alongside George Burns was a solid hit. He also starred and guest-starred in many television productions, including Higher Ground and Foxfire, and the seasonal movie The Christmas Gift, filmed in the Rocky Mountains in 1986. He guest-hosted The Tonight Show on multiple occasions and hosted the Grammy Awards five times in the 1970s and ’80s.

Denver’s father, a U.S. Air Force test pilot nicknamed “Dutch,” taught him how to fly, and his love for flying became a passion to bring them closer together. Denver, a licensed pilot, died at age 53 when his experimental aircraft crashed into the Pacific Ocean in October 1997.

The strength of John Denver’s popularity was measured in record sales that few other artists have achieved, including eight platinum albums in the U.S. alone.