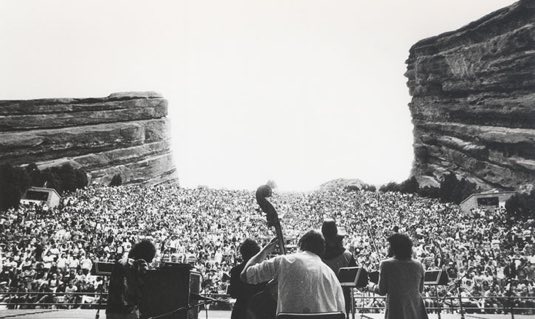 For as long as human beings have occupied the land where the Great Plains meet the Rocky Mountains, they have marveled at the aesthetics and acoustics of Red Rocks Amphitheatre. The Folsom people are believed to be the first to discover the geologic marvel, which was a subsequent gathering place for the Ute, Southern Cheyenne and Southern Arapaho tribes. In the years since, Red Rocks has hosted the biggest names in music while gaining fame in its own right as one of the Natural Wonders of the World. A pair of 300-foot monoliths, known as Ship Rock (stage right) and Creation Rock (stage left), help produce the site’s pristine sound.

In the years since, Red Rocks has hosted the biggest names in music while gaining fame in its own right as one of the Natural Wonders of the World. A geological event 40-70 million years ago known as the Laramide orogeny pushed into place the pieces that absorb sound, rather than reflect it. A pair of 300-foot monoliths, known as Ship Rock (stage right) and Creation Rock (stage left), help produce the site’s pristine sound.

The area’s origins as a tourist attraction stretch back to 1870, when visitors to the “Garden of the Angels” took in the sandstone formations that began to form some 40-70 million years ago with a geological event called the Laramide orogeny. Its transformation into a legendary concert venue, however, began when John Brisben Walker Sr. sold his Cosmopolitan magazine to William Randolph Hearst and bought the property, believing he could create a one-of-a-kind performance space. In 1906, under the name “Garden of the Titans,” Pietro Satriano and his 25-piece brass band played the first concert on a temporary stage. Nationally renowned opera star Mary Garden’s performance in 1911 then opened the floodgates for star artists from all genres.

“Never in any opera house, the world over, have I found more perfect acoustic properties,” Garden said in the days that followed. “Never under any roof have I sung with greater ease or had a greater delight in singing.” 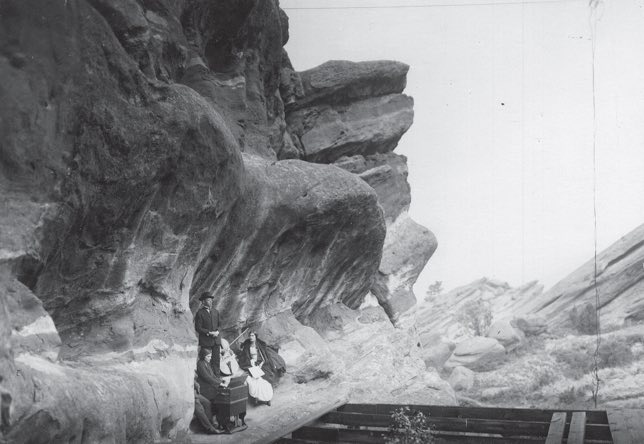 In the 110 years since, Red Rocks was the scene of a legendary Beatles show in 1964, Bruce Springsteen’s first-ever outdoor concert in 1978 and U2’s career-making 1983 video shoot. Pretty much everyone who’s anyone has graced the stage of the venue, including: John Denver, Johnny Cash, Jimi Hendrix, the Grateful Dead, Bob Dylan, Igor Stravinsky, Liberace, the New York Philharmonic, Bonnie Raitt and Carole King. Each of those performers made their way to the stage through the venue’s secret tunnel, which leads from backstage to the sound booth in the seating area. Many have signed their names on the tunnel’s walls. That’s not to mention the films Red Rocks has shown on a projector screen since 2000 or the Easter sunrise service it’s hosted since 1947.

Colorado’s most highly regarded architect of the time, Burnham Hoyt, oversaw the venue’s design, after the City of Denver purchased the land in 1928 to create Red Rocks Amphitheatre. The Depression-era Civilian Conservation Corps did the heavy lifting while taking care to preserve the area’s natural beauty. To ensure each of the amphitheater’s 9,525 seats had a clear view of the stage, Hoyt’s team of CCC workers removed 50,000 cubic feet of dirt and rock. In its place, crews would use 800 tons of quarried stone and 30,000 pounds of reinforced steel over the five years of construction.

Today, Red Rocks Park spans 738 acres and has been designated as a national historic landmark. Visitors enjoy hiking, mountain biking and riding horses on the surrounding trails. Others take yoga classes or get their hearts pumping by running up and down the amphitheater’s 193 steps.

On the campus, Red Rocks Amphitheatre’s Trading Post hosts the Colorado Music Hall of Fame museum and the Red Rocks gift shop. Inside, exhibits include artifacts, video biographies and written overviews of the legacies that inductees have left on Colorado’s music history.

Red Rocks Amphitheatre was inducted into the Colorado Music Hall of Fame inaugural class of 2011.