The folk boom of the early 1960s spawned numerous purveyors of well-scrubbed folk pop, and one of the most popular ensembles to emerge was The Serendipity Singers, founded at the University of Colorado (CU). Bryan Sennett and Brooks Hatch originally played in The Harlin Trio, organized at the Delta Tau Delta house.

The trio’s success inspired Sennett to expand. They recruited another trio of Delts known as the Mark III (John Madden, Jon Arbenz and Mike Brovsky) and fellow CU students, Bob Young and Lynne Weintraub. This new ensemble called themselves The Newport Singers, and they grew in popularity in and around Boulder through live performances and radio commercials.

Looking for bigger and better opportunities, The Newport Singers moved to New York in the spring of ‘63. They expanded their ensemble once again, bringing on Texas-born folksingers Diane Decker and Tommy Tiemann. This family-sized group performed at the Bitter End, one of the top clubs in Greenwich Village, and gained the management expertise of the owner, Fred Weintraub. After a name-change compromise was reached due to another group also using the name ‘Newport,’ they started billing themselves as The Serendipity Singers and became the  alternate headline act on Hootenanny⁠—the weekly ABC TV folk-music showcase taped at different college campuses.

The Serendipity Singers signed with Philips Records in ‘64 and released their debut single, “Don’t Let the Rain Come Down (Crooked Little Man),” which reached No. 6 on the Billboard Hot 100 and was nominated at the 7th Grammy Awards in 1965 for Best Performance by a Chorus. A few months later, the group’s follow-up, “Beans in My Ears,” reached No. 30. The song gained a some controversy due to teenagers taking the song lyrics literally and stuffing beans in their ears. This controversy caused a few radio stations to remove the song from their rotation. 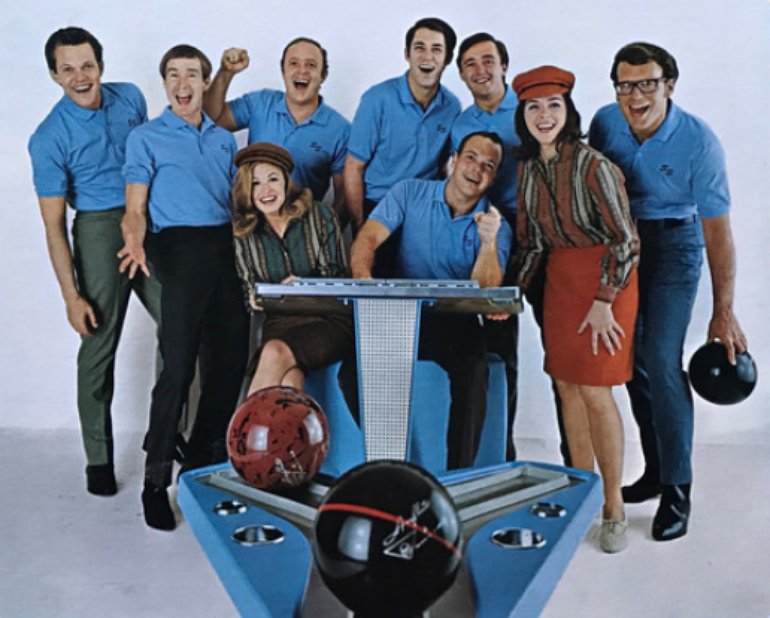 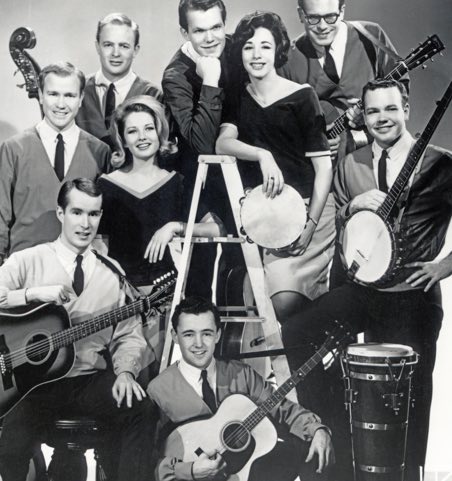 The Serendipity Singers came onto the nationwide music scene right before the longstanding reign of The Beatles and the British Invasion exploded onto U.S. soil. Weintraub left towards the end of ‘65 and, after a massive audition of over 1,500 singers, Patti Davis won the spot in the band. From there, The Serendipity Singers swapped new and old members in and out of the band, and despite releasing no new records in ‘66 and ‘67, they frequently performed at college campuses, small venues and live on television.

The Serendipity Singers’ flame burned long and bright as new members remixed old songs so that no one show was the same. College campus newspapers such as The Missouri Miner wrote a piece about the band in April 1969: “They’re not hippies and they don’t wear flowers, but the sound of The Serendipity Singers is as contemporary as Pop Art…the sound is harder, the lyrics more meaningful and the music more complex.” Virginia’s James Madison University published another article in their student newspaper, The Breeze, reporting: “They still work hard to keep their in-person act fresh and alive, to keep the complicated harmony in balance, to present a total entertainment experience.”

The group shed its last original members by 1970; the name was sold, and The Serendipity Singers continued with new lineups as a concert attraction into the 1990s. The new members kept the original spirit of the band alive for decades after its formation. A handful of members met up for reunion concerts for PBS in 2003 and again at their induction concert to celebrate their entry into the Colorado Music Hall of Fame in 2013. 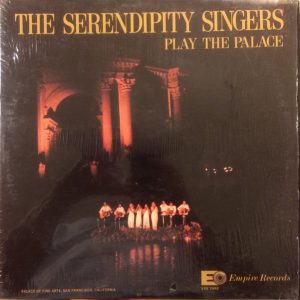 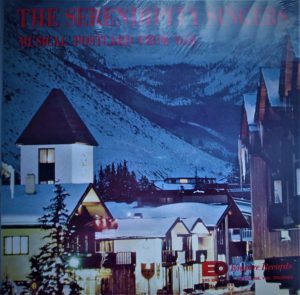 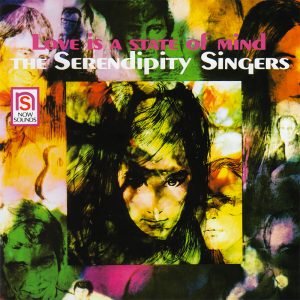 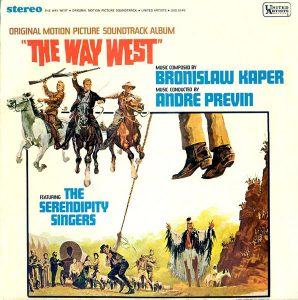 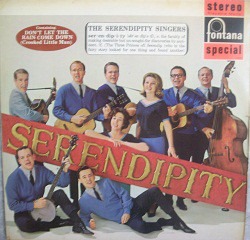 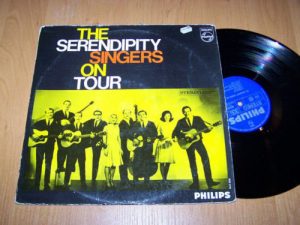 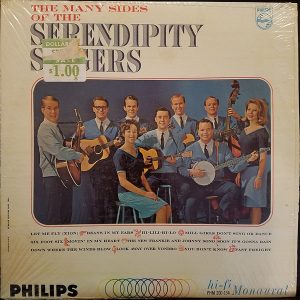 1964 – The Many Sides of the Serendipity Singers 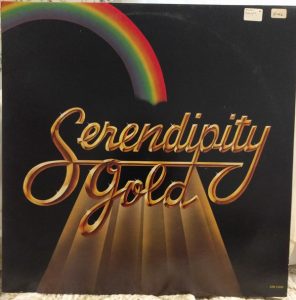 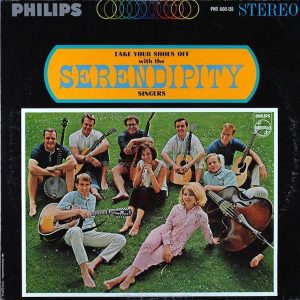 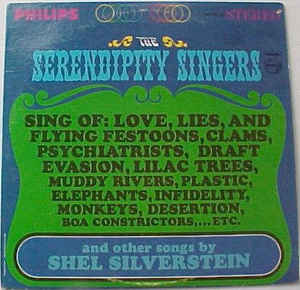 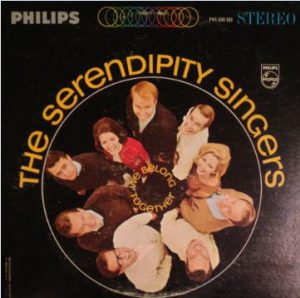