Swallow Hill Music has a long, impressive history as Denver’s home of roots music: folk, bluegrass, old-time, acoustic, Americana and beyond. The concept grew from an idea that hosting roots-music concerts and teaching people how to play that music could be combined into a nonprofit association.

Harry Tuft saw such an organization as a way to bring the best in folk artists to Colorado, while Julie Davis, a well-respected autoharp performer and teacher, added a music school to the equation.

Swallow Hill was established in 1979 at Tuft’s Denver Folklore Center in the Swallow Hill neighborhood just east of downtown. Now celebrating its fortieth anniversary, Swallow Hill has grown into the nation’s second-largest roots-music concert organization and music school. But the road to success wasn’t always easy: Interest in the organization suffered in the 1980s.

By the 1990s, though, a permanent home had been established on South Pearl Street. Under the Swallow Hill Music board and executive director Seth Weisberg (1987-1995), class enrollment swelled to 2,700, with Rebecca Micklich as the school’s director. As concert director, Meredith Carson oversaw almost 100 concerts a year.

Twenty years ago, under executive director Chris Daniels (1995-2000), Swallow Hill moved to its current location at 71 East Yale Avenue. But that was only the beginning of its growth spurt.

Swallow Hill Music now has a combined concert attendance of well over 60,000 annually, and produces about 250 shows in the three concert halls at the group’s home, as well as at both Denver Botanic Gardens locations, the Oriental Theater and Four Mile Historic Park, to name a few venues. The music school hosts 64,000 student visits each year, with seventy teachers who provide private lessons and classes at the Yale Avenue location and satellite locations in the Highland and Lowry neighborhoods. And Swallow Hill’s Community Outreach programs create more than 75,000 music connections annually. These programs bring music education and experiences into preschools, K-12 schools, libraries and senior centers in underserved communities, and include more than 200 schools and organizations across the Front Range.

Swallow Hill Music has garnered accolades from the El Pomar Foundation, arts awards from the Mayor’s and Governor’s Offices, and numerous Best of Denver honors from Westword newspaper. Musicians and music fans around the country continue to heap praise on the organization.

Founding Mother Folkers member Mary Flower describes Swallow Hill as “an enormous network of friends who have grown together since they worked behind the counter in their early twenties at the old Denver Folklore Center.”

Adds Paul Kashmann, guitar player, former Swallow Hill board member and current Denver City Council representative: “There’s really nothing like Swallow Hill, in that you can literally reach out and touch the performers if you don’t pass them in the hall before the show.”

Folk singer Tish Hinojosa sees Swallow Hill’s growth as “an encouraging sign of the power of acoustic music,” noting that “the intellectual-circle places, like the Northeast, have ongoing music venues that have always presented acoustic and folk music. But in the heart of the country, it’s a little rarer. It’s great that Denver has one.” 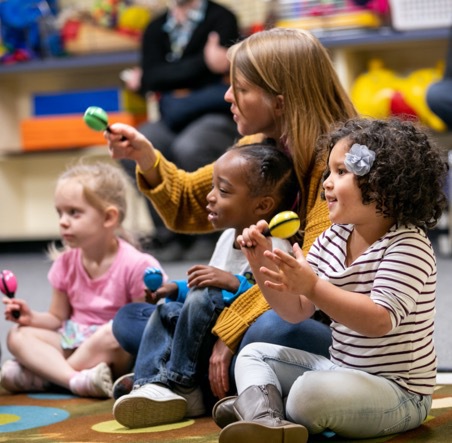 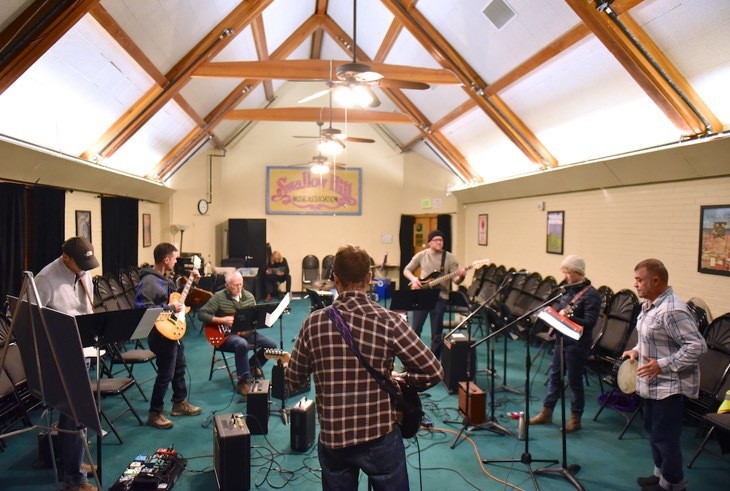 Paul Lhevine, current CEO, is excited about Swallow Hill’s potential: “The future looks even more promising. We continue to attract new audiences while paying homage to our historical roots; we’ve found ways to stay relevant in a quickly changing music scene. Our additional locations are proof-positive that folks want music in their neighborhoods, and our Community Outreach programs ensure that everyone…has an opportunity to learn and grow through music.”

From the early dreams of musicians at the Denver Folklore Center to the award-winning arts organization it has become, Swallow Hill has been a vibrant music resource—not only in Colorado, but across the nation. The Colorado Music Hall of Fame was proud to induct Swallow Hill Music in 2019, and honored to celebrate all of the performers, teachers, volunteers, members and supporters who make it an essential part of this state’s music history.

“We continue to attract new audiences while paying homage to our historical roots; we’ve found ways to stay relevant in a quickly changing music scene.”