Born on May 20, 1929, Billy Robinson was adopted by Wallace and Ethel Conley, who raised him in Scottsbluff, Nebraska, as Walter Bell Conley. After his adoptive father died in 1944, Walt and his mother moved to Denver, where he graduated from Manual High School in 1949.

Conley went to college on a football scholarship and spent his summers working on a ranch in New Mexico. There he met Jenny Vincent, a local folk singer and activist who performed with the likes of Pete Seeger and Woody Guthrie. While at the ranch, Conley met Seeger, who helped him get his first guitar.

He served in the Navy during the Korean War. According to biographer Tim Fritz, “Walt was one of almost 100,000 African-Americans who were on active duty” at the time. While stationed in New York City, Conley made it a point to see and meet folk artists.

He returned to New Mexico in 1953 to work on the film Salt of the Earth. He also went back to college at what would become the University of Northern Colorado, graduating with a degree in physical education and drama. He taught junior high for a time until deciding to make music his career in the late 1950s.

Conley started as a Harry Belafonte-style calypso singer at the Windsor Hotel in Denver. “I was barefooted and wearing cut-off pants,” he remembered on the Walt Conley & Company website. “It was a crazy way to perform.” By 1958, he was appearing at Colorado venues including the Red Ram in Georgetown and Little Bohemia in Denver, where he met Judy Collins, who suggested that he play at Michael’s Pub in Boulder.

In 1959, Hal Neustaedter opened the Exodus in the Raylane Hotel, bringing premier folk acts to Denver. According to Fritz, “On October 16, 1959, the Exodus hosted…Denver’s first Folk Music Festival. Josh White was the headliner. The line-up included Walt Conley, Judy Collins, the Harlin Trio, George Downing, The Travelers, and Dave Wood among others.” A recording, Folk Festival at the Exodus, was made of the event; on it, Conley sings “900 Miles,” “Worried Man Blues,” “Passing Through” and “John Henry.”

Around this time, Conley was asked to take over booking at the Satire Lounge; he reportedly booked the Smothers Brothers for their first Denver appearance and gave Bob Dylan a place to stay at his house near the club. 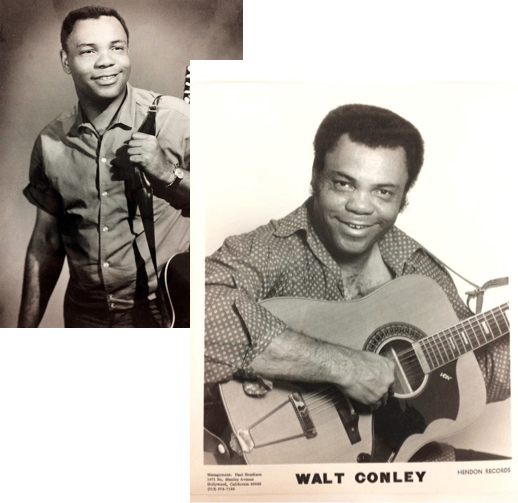 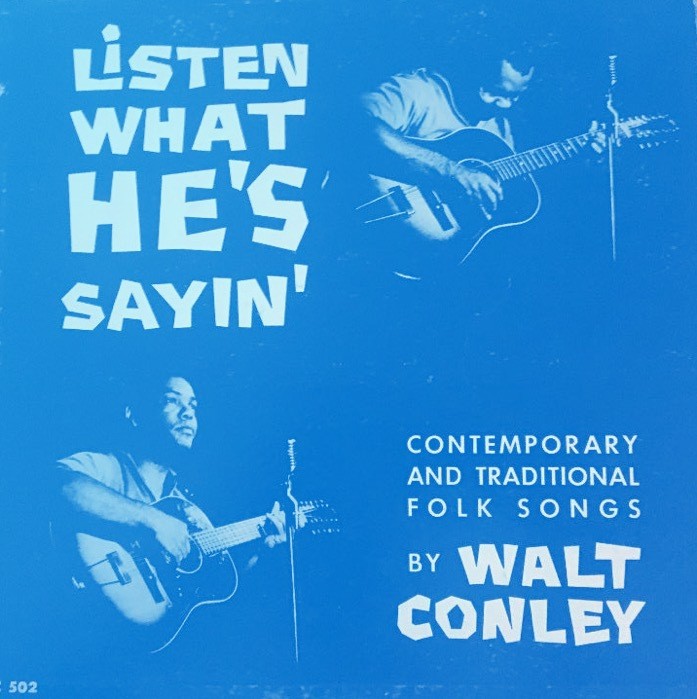 Conley’s first album, Passin’ Through, came out in 1961 on Premiere Records, a small Denver label. Listen What He’s Sayin’ was released in 1963 on Studio City Records, an independent label out of Minneapolis, where he’d been part of the folk scene for several years.

Between 1966 and 1970, Conley played clubs from California to New York and colleges across the Midwest. When the ’60s folk revival ended, he found work in Hollywood, acting in television and movies. He was also a voiceover actor.

Back in Denver, he opened Conley’s Nostalgia on South Broadway in 1983. He believed there was a place for the music of the past. “Everyone in Denver is serving food, but no one else is serving folk music,” he observed.

At Conley’s, he created a group dedicated to traditional Irish music. “If the band U2 from Ireland can sing American blues,” he noted, “then I sure as hell can sing Irish folk songs!”

He closed the venue in 1987 and released After All These Years under the name Walt Conley & Company. In 1995, he held a fundraiser at the Mercury Cafe for the Rocky Mountain Music Association, a nonprofit group that promoted original music. 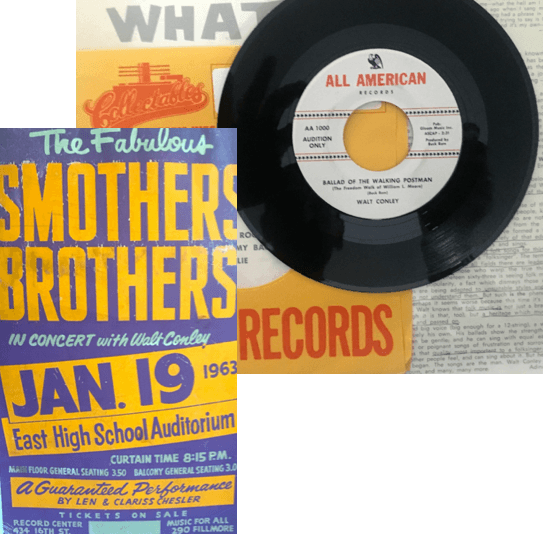 Walt Conley died on November 16, 2003, at age 74. His legend lived on in the annual “Waltfest” at Sheabeen Irish Pub, which continued to raise money for the American Diabetes Association until 2017. The Colorado Music Hall of Fame was proud to induct Walt Conley as part of the Class of 2019.

Conley believed there was a place for the music of the past. “Everyone in Denver is serving food, but no one else is serving folk music,” he observed.