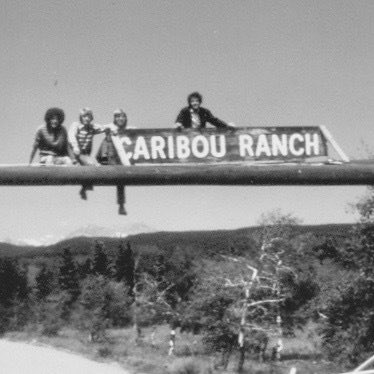 An iconic destination recording studio nestled among the Rocky Mountains, Caribou Ranch welcomed industry greats such as Elton John, Chicago, the Beach Boys, Earth, Wind & Fire, Billy Joel, Chad & Jeremy, Frank Zappa and Amy Grant. In just over a decade of operation, the studio served as witness to a diverse songbook of American classics, making an indelible mark on both Colorado and national musical history.

Tucked away in a converted barn just outside the Colorado ghost town of Caribou, Caribou Ranch was a one-of-a-kind recording studio that captured the distinct spirit of the American West. Constructed by music producer James William Guercio in 1972, the studio was at the height of its success during the 1970s and early 1980s.

In 1971, Guercio invested in a ranch property that stretched across more than 4,000 acres near Nederland, Colorado. Guercio’s early career featured a series of professional successes, including work with pop band the Buckinghams and a position as staff producer at Columbia Records. But during his years as a producer in New York and Los Angeles, he found his creativity limited by restrictive union regulations. It was this frustration that inspired him to create a recording studio where he could play by his own rules, leading to the purchase of Caribou Ranch. Redesigned to cater to the biggest stars in the music industry, the barn-turned-studio emerged as a wildly popular spot for new and established artists alike.

The year after Guercio had begun work on the studio, Joe Walsh and Bill Szymczyk were starting Barnstorm, which would be the band’s inaugural studio album. Although they had planned to record the album at Walsh’s home, a blown-out mixer halted their efforts on the very first day. After hearing about Guercio’s new studio, they decided to visit the build site. Walsh and Szymczyk immediately agreed that Caribou Ranch was a perfect fit for their project, and Barnstorm became the first album recorded at the studio. Not long after, Szymczyk revisited Caribou Ranch to work on Rick Derringer’s All American Boy, which included the hit “Rock & Roll, Hoochie Koo.”

Just two years later, in 1974, the Colorado recording studio made its debut on the international music stage. Elton John recorded his eighth studio album there, naming it Caribou after the Rocky Mountain studio as a way to say thanks. John recorded several other projects at Caribou Ranch, including his version of “Lucy in the Sky with Diamonds” and albums such as Captain Fantastic and the Brown Dirt Cowboy and Rock of the Westies. From ’74 to ’76, Caribou studio produced more hits than Abbey Road Studios.

While the recording studio itself was the major draw for musicians, the lodging offered at Caribou Ranch also proved highly desirable. Relaxed, casual, and away from the usual hustle and bustle of the industry, the peaceful Colorado ranch became a getaway of sorts for stars. With a 24-hour staff that included talented chefs, a musician’s every whim could be satisfied at the drop of a hat. There was no commuting to worry about, and the facilities provided everything artists could possibly want or need.

Unfortunately, the heyday of Caribou Ranch came to a dramatic end in March 1985. The business had slowed somewhat in the few years prior, but it was a large fire that ended up spelling the studio’s demise. Platinum artist Amy Grant was on her way to Caribou Ranch to work on her next album (which would be her fifth recorded at the studio), when she was told the tragic news: The beloved studio was in flames.

After the extensive damage caused by the fire, specifically in the studio’s control room, Caribou Ranch was shut down for good. Although Guercio said in a 2008 interview that he had rebuilt the control room, there were no plans to reopen its doors. Today the property has been divided and sold among various parties, including the City of Boulder and Caribou Companies, Guercio’s housing company.

In the late 1980s, Guercio went on to purchase the Country Music Television (CMT) channel, which he later sold to media tycoon, Edward Gaylord. Today, Guercio splits his time between his historic Montana cattle ranch and his Boulder, Colorado ranch.

Although the legendary Caribou Ranch studio is no longer standing, the beloved songs and historic moments recorded there will surely last forever. Colorado Music Hall of Fame has been fortunate to be the recipient of historic artifacts from Caribou Ranch. Visit our museum to see some of Caribou’s original recording equipment. 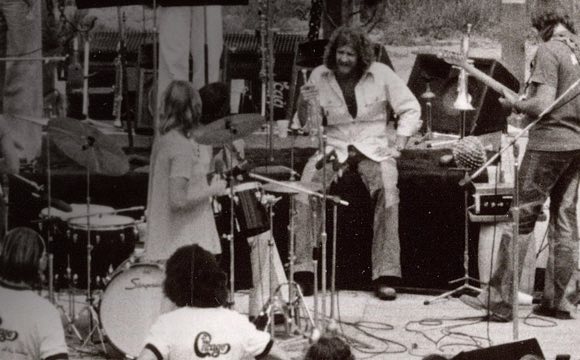