Anyone who ever saw Candy Givens perform with Zephyr in 1969, or through the band’s years when it released albums on ABC, Warner Bros., Red Sneakers, BGO, and One Way-Casablanca Records all the way into the 1980s, never forgot the vocal power and sheer energy of her presence.  She was simply “a force of nature,” says Dr. Kevin Fitzgerald, Animal Planet veterinarian-comedian and a former bodyguard for the Rolling Stones. Whether Zephyr was opening for Jimi Hendrix at the legendary Denver Pop Festival, playing Mammoth Gardens or tearing the roof off Art’s Bar & Grill in Boulder, this was the band to see in that incredible era that produced artists like The Who, Buffalo Springfield and Janis Joplin and the Holding Company.

Candy Ramey and the Origins of Zephyr

Candy Ramey was born in 1946 into a family that’s been described as “gamblers and small-time outlaws” living in a log house overlooking the lake near Evergreen, just west of Denver.  When she was eleven, they moved out of the mountains to Applewood, near Golden. Candy’s love of music and her powerful voice got her voted the “most likely to become a famous singer” in her senior year at Golden High School. She attended Northern Colorado University in Greeley, intending to become a teacher.  But music was her focus, and she and her high school buddy, Doug Lubahn, hitchhiked to California. Lubahn looked for jobs as a bass player and ended up playing bass on the first two Doors albums. Candy moved on to San Francisco to join friend Connie Kay there; she made her radio debut playing guitar and singing “Greensleeves” on a Chinese language station.  After a year on the coast, she returned to Colorado and moved to Aspen, joining another high school friend, Doug Whitney, in the Piltdown Philharmonic Jug Band. It was there that she met David Givens, a songwriter, guitar and bass player; they moved to Boulder and were married in October 1968. Their band, Brown Sugar, played from Denver to Salt Lake City, California and back to Boulder that fall. Brown Sugar would eventually transform into Zephyr. 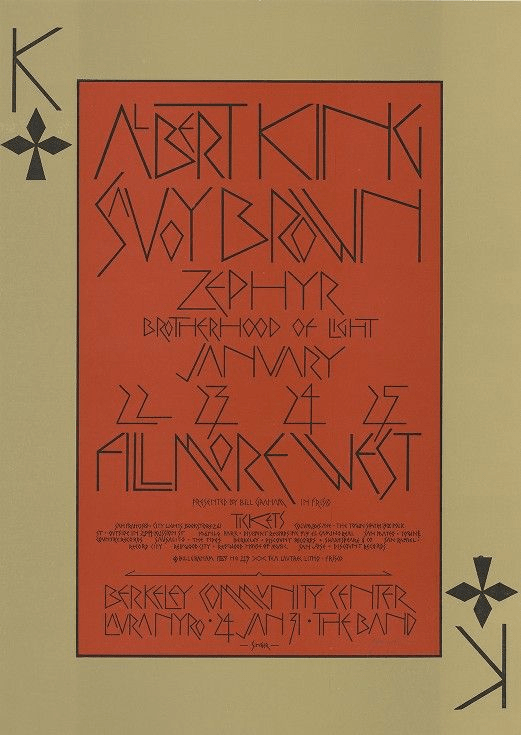 At the time, Boulder was a gathering place for great musicians and had an incredibly diverse music scene. Rick Roberts from The Flying Burrito Brothers and Firefall; Jock Bartley from Graham Parsons and Firefall; Poco; Freddi Henchie & the Soulsetters; Flash Cadillac; Joe Walsh & Barnstorm and Steve Stills were all drawn to the mountains and Caribou Ranch recording studios.  After a monumental jam with guitar wizard Tommy Bolin at The Buff Room on the hill, Candy and David Givens joined keyboard and flutist John Faris and Bolin, the leaders of the band Ethereal Zephyr. With the addition of Robbie Chamberlin on drums, the band members began composing and arranging music drawing from their experience playing pop, blues, jazz, country, and folk music.  They burst onto the Colorado music scene with several explosive shows starting at The Sink in Boulder, where they worked with Chuck Morris to promote a Barry Fey-style buzz about the band, and then at the University of Colorado’s Glenn Miller Ballroom, opening for John Mayall; Mackie Auditorium with Tim Leary; Reed’s Ranch with the Grateful Dead; and various free concerts at the Boulder Band Shell and other locations in the mountains around Boulder.

After playing in Phoenix, where they met musicians like Steve Miller, Vanilla Fudge and David Lindley’s band, Kaleidoscope, they moved on to New York, San Francisco, and Los Angeles, where they played the Avalon Ballroom, The Whisky A-Go-Go, and The Boston Tea Party.  Everywhere they went, their no-holds-barred shows earned new fans, especially at the Denver Pop Festival, where they played on two memorable evenings. Through these shows, they spent time in Boulder, preparing to record their first album in the fall of 1969 in Los Angeles. Their self-titled debut album was released on ABC Probe, a division of ABC Records, in February 1970. With Candy’s stage presence, songwriting, vocals and harp; Bolin’s magical guitar solos and the power of the Zephyr rhythm section, plus the band’s blues/jazz/rock performances on shows with Jimi Hendrix, Led Zeppelin, Leslie West’s Mountain, Mad Dogs and Englishmen, Spirit, Fleetwood Mac, and pretty much every top group of the era, the band established a fan base across the U.S., Canada and internationally in Europe, Japan, and Australia. 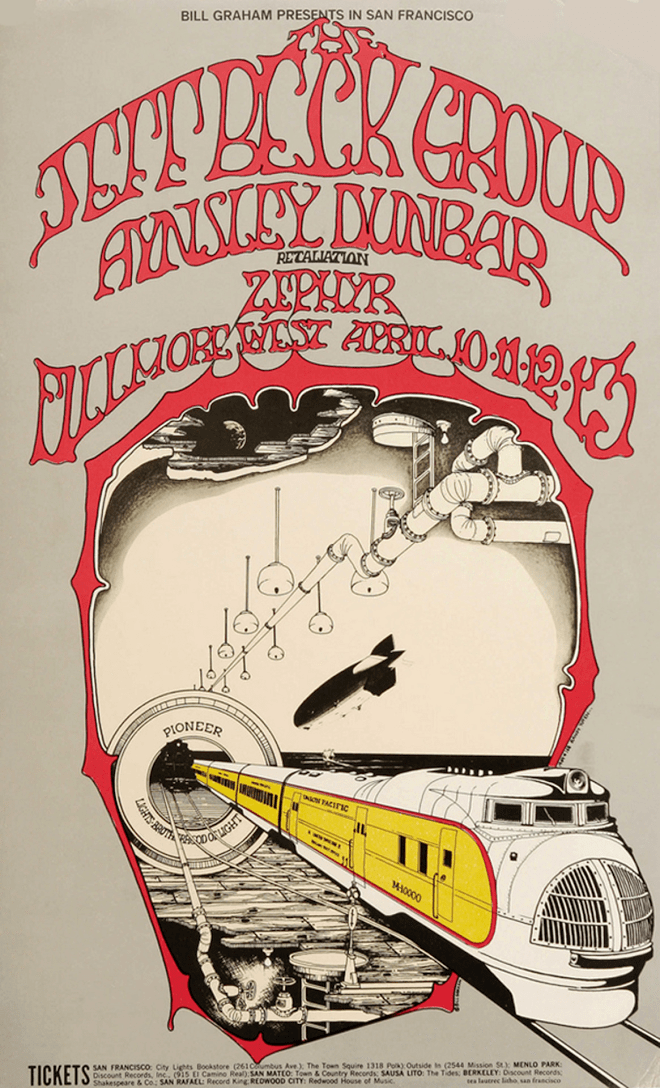 The stage was set for Zephyr with Candy Givens to become the logical heir to the Janis Joplin, Grace Slick dynasty of powerful, women-fronted bands in the late 1960s.

But logic and destiny rarely unfold in a way that confirms inevitability. Zephyr’s second album was recorded for Warner Brothers with famed producer/engineer Eddie Kramer in New York at Electric Lady studios with Bobby Berge on drums.  Carly Simon, who was recording her first album at Electric Lady with Kramer, invited David Givens to play bass on several tunes, including her first hit, “That’s the Way I’ve Always Heard It Should Be.” Sadly, Jimi Hendrix died the day before he was to return to New York to complete the legendary album Cry of Love.  While Eddie Kramer and drummer Mitch Mitchell finished the album, the Zephyr sessions were put on the back burner – never to be properly finished.  Going Back to Colorado came out in 1971 on Warner Brothers Records.  It was favorably reviewed in Rolling Stone by famed critic Lester Bangs; Colorado writer Gil Asakawa wrote, “She had a powerful throaty voice that could scream the highest rock and roll notes but swoop down to the lowest moaning blues.” Despite slow album sales, Billboard chose Zephyr, along with Eric Clapton, as most likely to succeed. The magazine was half-right.

Record labels of that era chose favorites, and they did not promote Zephyr’s album the way it should have been pushed. Whether because of half-hearted promotion by Warner Brothers or mismanagement, Zephyr did not achieve the commercial success that fans thought the band deserved. “Warner Brothers released Tommy and Bobby when they quit the band,” recalls David Given. “And Barry Fey turned his attention to Tommy after a dispute we had over failed promises and life insurance. Eventually, our band was blackballed out of the big-time music business. We were consigned to a career of playing ski towns and along the Front Range, up into Wyoming and down into New Mexico, as we beat our heads against the wall that our management erected around us.”

Bolin would go on to replace Joe Walsh in Barnstorm and then record and tour with Deep Purple, a legendary psychedelic-rock band of the ‘70s. He eventually launched a solo career, but that was cut short just as Bolin began to gain the recognition he truly deserved. He died in Miami on December 4, 1976, of a drug overdose.

David and Candy Givens formed a new band and recorded Sunset Ride, which may be the album most remembered by their fans. Candy’s songwriting, vocals, and harp were at their apex. On guitar, Bolin was replaced by Jock Bartley, who would later go on to co-found Firefall with Rick Roberts. They also added Michael Wooten on drums, who subsequently toured and recorded with Carol King and Leftover Salmon.  The album was produced by David Givens, and he wrote the majority of the songs for this second Warner Brothers release.

For the next ten years, Zephyr’s lineup continued to evolve with Otis Taylor (award-winning trans-blues artist), Eddie Turner (blues guitar great), boogie-woogie piano legend Rob Rio, Bobby Berge on drums and a host of other local and national luminaries. The band produced one more album in 1982, Heartbeat, and the video for that release used elements of animation combined with performance footage that was groundbreaking for its time.  Zephyr disbanded shortly after, though, and all the players went on to successful careers with other projects. Candy and David Givens were planning a blues album when Candy died in Boulder of a drug-related accidental drowning on January 27, 1984.

There are hundreds of stories in the annals of any community about musicians who never got a fair shake. Whether you are talking about New Jersey’s South Side Johnny being eclipsed by the career of Bruce Springsteen or Livingston Taylor being overshadowed by his more famous older brother James, the music business is not fair, nor just. In a perfect world, Warner Brothers would have capitalized on the remarkable talent of Candy Givens, and Zephyr would have received the attention it deserved. 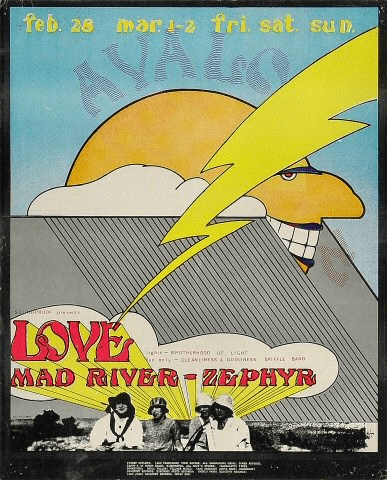 But thanks to David Givens, the music and the legacy live on. In 2014, Greg Hampton and David Givens remastered and repackaged the band’s first album, Bathtub Album, on Purple Pyramid Records and then gave the same treatment to “Going Back to Colorado,” adding previously unreleased live and studio recordings in a boxed set titled Leaving Colorado for Sunset Boulevard Records (both of which are still available).  David is currently remixing “Sunset Ride” and “Heartbeat” from the original multi-track recordings for release this year.  And there is still several albums’ worth of unreleased studio recordings that he intends to release in the future.

In 2019, The Colorado Music Hall of Fame will induct Candy Ramey Givens and Zephyr into the Hall of Fame. While it’s impossible to turn back time to give Zephyr its due, this band deserves to be recognized as one of the country’s most incredible, female-fronted groups that, while rooted in blues-rock, transcended that genre to create its own unique niche in Colorado music history.