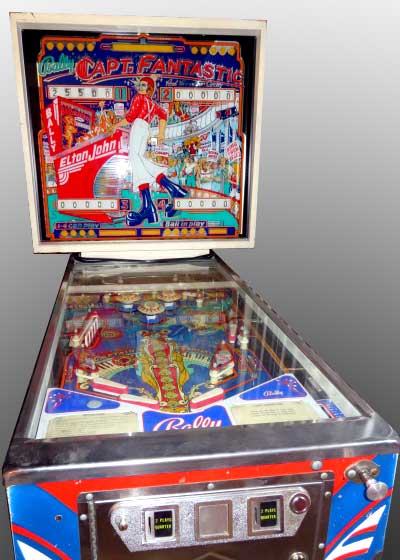 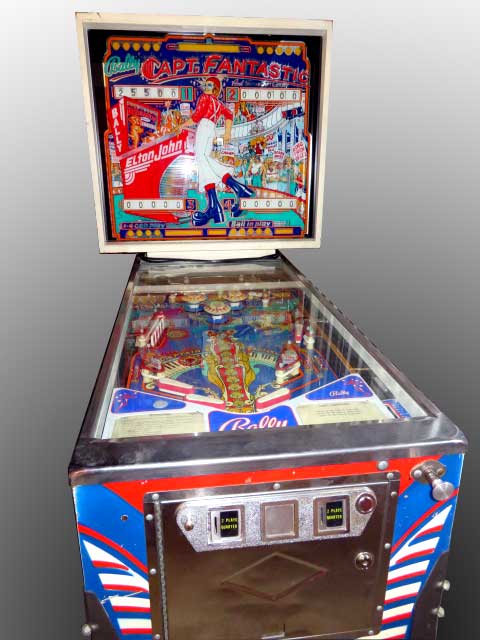 The Colorado Music Hall of Fame artifact collection includes the Captain Fantastic Pinball Machine gifted to 2012 Hall of Fame inductee Barry Fey by Elton John himself (on loan to CMHOF from the Fey Family).

This pinball machine was inspired by the 1975 movie Tommy, and includes a representation of Elton John, as his character in the movie, playing pinball. The name Captain Fantastic came from the title of Elton John’s 1975 autobiographical song and album, Captain Fantastic and the Brown Dirt Cowboy. The lyric “From the end of the world to your town” appears at the very top center of the backglass.

Barry Fey, one of rock music’s most prolific and successful promoters, wrote about how he and Bruce Springsteen played pinball on this machine in his 2011 book, Backstage Past:

“At last, they get to the party and everybody’s having a good time. Bruce and I are playing pinball and one of his sycophants is rooting him on, ‘Get him Boss! Get him Boss!’ I looked at him and said, ‘I beg your pardon. This is my house. I’m the f***in’ boss.’ I cleaned Springsteen’s clock, but it wasn’t really fair. I had home-field advantage because I played a lot on that machine; a ‘Captain Fantastic’ version given to me by Elton John.”