Colorado has been the source of many popular bands, such as The Fray, OneRepublic and The Lumineers. Another band, the Flobots, quickly gained popularity after its formation in 2005.

The band made an impression on music lovers not just in Colorado but around the country, and the influences of its members extends well beyond just entertaining.

The type of music the Flobots create is a refreshing change from traditional pop or rap. The group plays alternative hip-hop/progressive rap with a focus on political and social consciousness.

The band practices with artistic integrity, and the music inspires activism and challenges perceptions. Influences on the Flobots’ music include hard rock bands like Tool and Rage Against the Machine, as well as such progressive rappers as Common and the Roots.

History of the Band

The band’s first album, Platypus, was released in the fall of 2005, and its second (but first full-length album), Fight with Tools, was released in 2007. The single “Handlebars” became a popular mainstream song by 2008.

After a concert at the Gothic Theatre in Denver, the band was approached by Universal Republic; the Flobots signed a major label deal with the company and released the album Survival Story in March 2010. The band decided to leave Universal Republic Records that December, and the lead guitarist left the group in 2011. 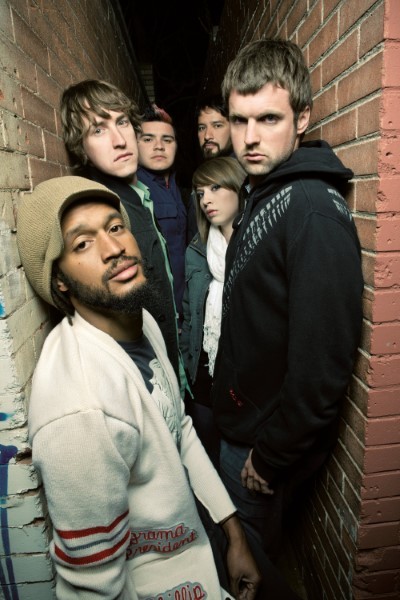 The Band’s Impact on Colorado

The Flobots quickly gained a strong following in Denver following the debut of the full-length album Fight with Tools. In fact, the band’s entry into a local radio station contest resulted in a win of both the contest and an award for best live performance. This was the beginning of the immense popularity of “Handlebars.”

As the band rose in popularity, it continued to have an impact on the state. Along with performing, the band members spent much of their time focusing on service. They began a non-profit organization known as flobots.org, now called Youth on Record, that focuses on using creative education to empower young people.

The mission of Youth on Record is to create positive social change in communities and to harness the power of music while doing so. In support of this mission, the Flobots performed at the annual A Day Without Hate rally in Jefferson County in 2013 and 2014, providing a free concert for students in high school. Youth on Record provides a series of programs for youth, including:

The band’s work in the community has earned its members countless awards. They have given back to the state not only with their music, but also through various types of service.

Learn More About Music in Colorado

The Hall also offers educational opportunities and a variety of events throughout the year. Visit us and explore past and upcoming events that celebrate music in Colorado.