Paul Epstein, Hall of Fame board co-chair and founder/former owner of Twist & Shout, is an avid music historian and archivist. We are delighted that he has agreed to share some of his collection and Colorado music memories with us every other Tuesday.

“I moved to Colorado in 1968 and started going to concerts almost immediately. I eagerly grabbed posters, flyers, ticket stubs, advertisements, concert recordings, pretty much any proof I could find that the event happened. In 1988, I started a record store called Twist & Shout, and my collecting of memorabilia went into even higher gear. Over the next 34 years, I had rare access to memorabilia of all types and sizes. Now that I’ve retired, the time seems right to start sharing these things, and the stories that go with them. So, every other Tuesday, I will ask you to Let Me Take You Down (to the basement) to check out some of the good stuff!” – Paul Epstein

Let’s kick it off with “The World’s Greatest Rock and Roll Band,” The Rolling Stones, during their November 29, 1965 concert at The Denver Coliseum. Built in 1951, the Coliseum was many Denver kids’ first venue for large-scale rock and roll. A who’s who of great bands played there over the next 50 years. There may have been questionable sound, but the original green hallways and concession stand funnel cakes stay with me to this day.

The Stones’ second American tour ran from late October to early December of 1965 and supported their Out Of Our Heads LP and, on most nights, included such classics as Heart Of Stone, Play With Fire, The Last Time, Get Off Of My Cloud and, of course, a show-ending (I Can’t Get No) Satisfaction. As far as I can figure, The Stones played 13 times in Colorado. The memorable ones for me were them kicking off their 1969 tour in Fort Collins, a stadium show in 1975 also in Fort Collins where Elton John joined them onstage and then wouldn’t leave, and their most recent show on August 10, 2019 at the Broncos Stadium with local heroes Nathaniel Rateliff & The Night Sweats opening the show. 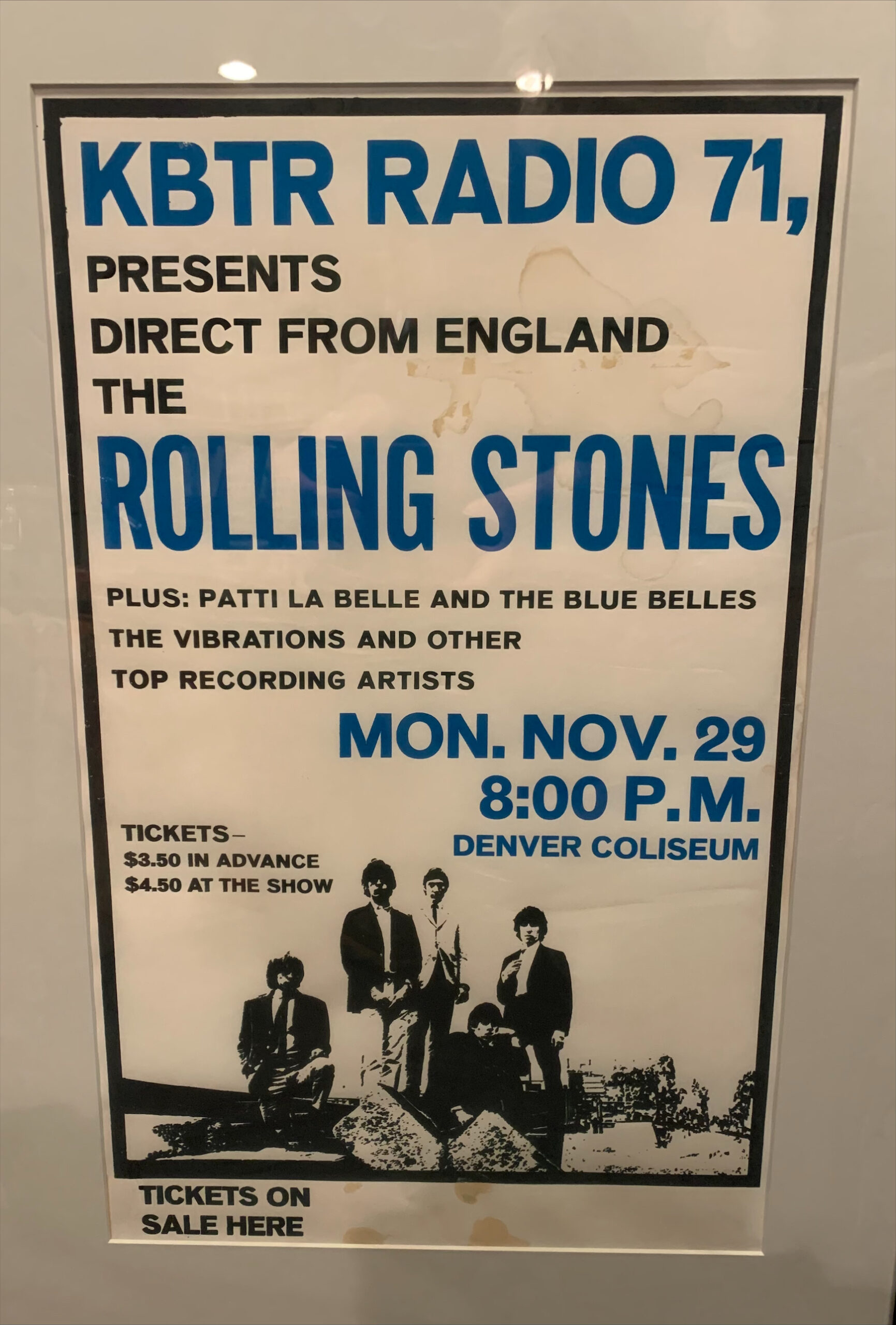 Here is a poster and a photo from that first 1965 show. A couple of things worth noting on the poster: ticket prices are $3.50 and $4.50 (you could add several zeroes for their 2019 show) and Patti La Belle and The Blue Belles are one of the opening acts. In 1971, she started a group called Labelle and in 1974 had a monster disco hit with Lady Marmalade. Her career is still going strong. On the photo, note the background set-up the band played in front of on stage. Last, what about Mick’s pants and the late Charlie Watts’ great, vintage drum set and beatific look on his face? 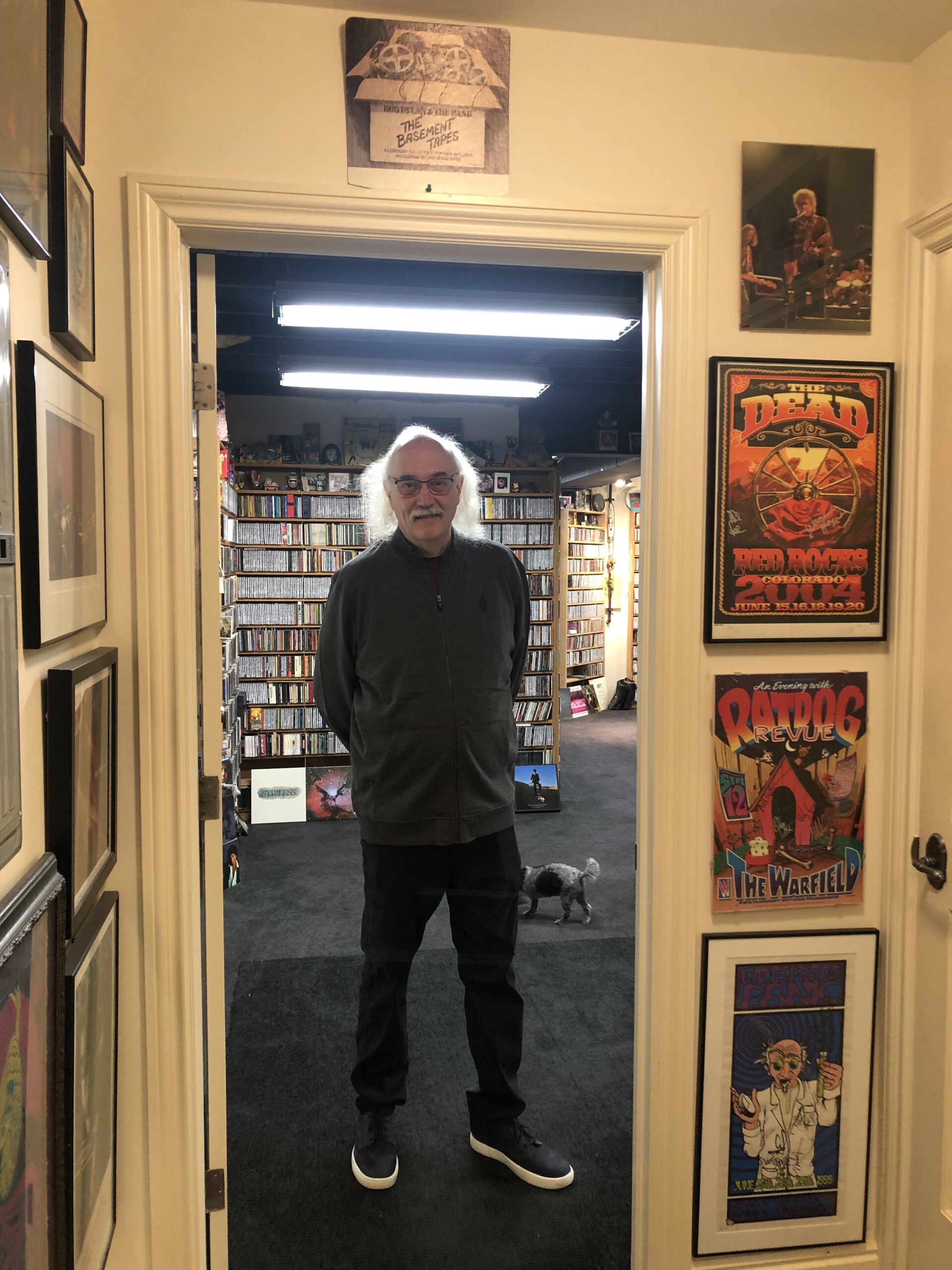 Paul Epstein in his basement