Born Henry John Deutschendorf Jr. in 1943, John Denver gained notoriety by beating out 250 others in an audition for the Chad Mitchell Trio. Becoming the lead singer of the famous group catapulted Denver into a successful career in songwriting. His songs became so popular in the folk music industry, that other prominent artists earned No.1 hits for covering Denver’s music – such as the classic “Leaving On A Jet Plane” sung by Peter, Paul and Mary. 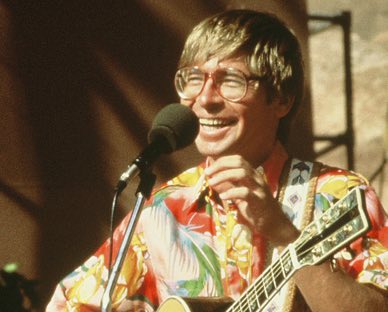 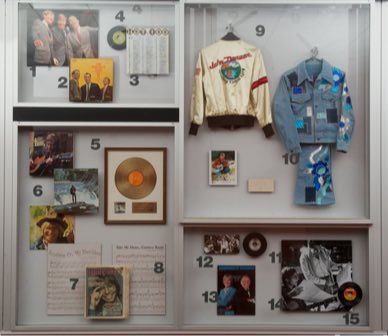 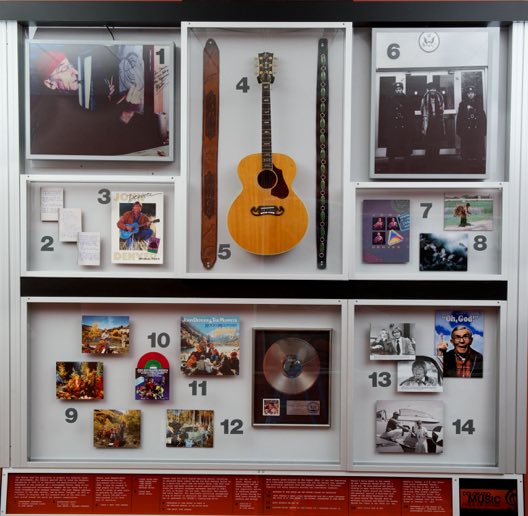 His singing and songwriting career took off from there, earning eight platinum albums in the U.S. alone. His lengthy list of hits includes:

To this day, ‘‘John Denver’s Greatest Hits’’ remains the best-selling album in RCA Records’ history. His amazing career also included numerous collaborations with some of show biz’s most revered artists, including:

John Denver was a major advocate for environmental and social causes. He maintained a close friendship with Jacques Cousteau, the notable undersea explorer who inspired Denver’s work and philanthropy.

He used his fame to create the Windstar Foundation in 1976, an educational center dedicated to sustainability and to bring awareness to the African food crisis in conjunction with UNICEF.

Located outdoors at the Red Rocks Trading Post, the impressive bronze statue of John Denver, guitar slung across his back and an eagle perched on his arm, stands 15 feet tall and weighs 1,500 pounds. It was commissioned by the Windstar Foundation he founded, to honor his symbolic relationship with Colorado. “Spirit” was created by sculptor Sue DiCicco in 2002.

To experience the John Denver Exhibit in person, visit the Colorado Music Hall of Fame, at The Trading Post next to the world-famous Red Rocks Amphitheatre. 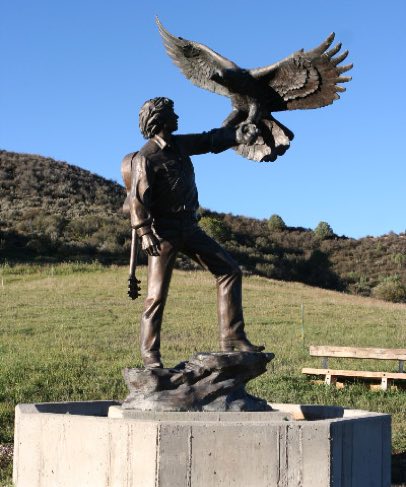